Before coming to LIM I went to a college called Gateway located in TriBeCa. Gateway College is an institution with locations all over the world in Paris, Bali, Cape Town and Buenos Aires, in addition to NYC and LA. The school partnered with a college based in Norway which allows students to continue their studies in Norway after a semester abroad. 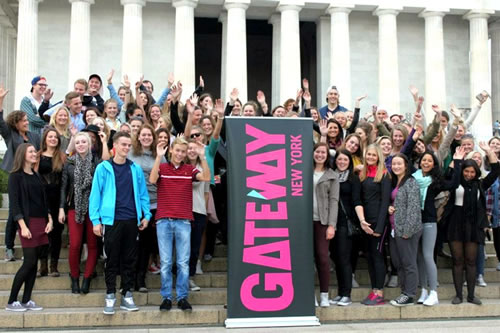 At Gateway I studied Fashion Management, which also included Marketing, Entrepreneurship, and Business English. I found out about LIM through a College Fair and started working on my applications to LIM and FIT while I was still in New York and before the semester was even over. When I got back to Norway in January, I had already submitted both applications.

When applying to any college, I would say that waiting for a response is the worst time ever. Especially if you really want to get in! So when I heard back from the schools, I decided that LIM would be the best fit. I wanted to study business, and I didn’t want to go to a huge school because I felt that, coming from a small country, it might be a little overwhelming.

April 25th 2013 was the day I found out that I had been accepted to LIM College. I received the email from Brett Cameron (International Admissions) during a not-so-good day at work. My interview a few weeks earlier had gotten be a bit bummed, as I felt like I had completely blown my chances. I love being on stage, and even public speaking, but this interview was about to determine my next 4 years. I was so nervous. At work I was dealing with a conflict with a vendor, which was driving me crazy, when I got a glimpse of “Accepted” in my incoming email. That was around 6 p.m., and the rest of the shift was spent grinning from ear to ear.

Once the happy-phase had simmered down, it was all about getting the paperwork together. I had to prove the financial ability to attend the college and to live in the U.S. This was more work than I expected. Finally, my father and I put everything together and I received an I-20 visa.

I booked my ticket to leave Norway on August 18. As if I hadn’t been through enough already, I tried to book an appointment with the U.S. Embassy in Oslo, but they didn’t have any appointments available until a few days after my departure. I said my case was an emergency, and managed to get an appointment on July 24th, also known as my 20th birthday. I traveled across the country and dutifully stood in line outside the Embassy at 7 a.m. on my special day. Seven hours later I was released and my belongings were returned to me.

A few weeks later I was all set and ready to start the next chapter of my life at LIM College. At LIM, a very capable team at the Residence Hall gave me a warm welcome. Throughout Orientation I made friends that I am still very close with today. Being in the Transfer-student Group helped me meet people closer to my own age. 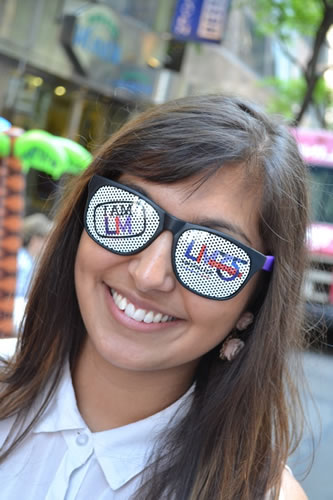 I do not at all regret coming to LIM College. Yes, I’ve had a long journey, but I’m on the right track, and have an awesome advisor who keeps me on target. Throughout my entire application and transfer process, I kept emailing the LIM team every day. I was really impressed with the short time I had to wait for a response. Help will always be given at LIM to those who ask.