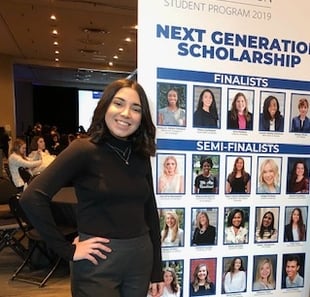 Throughout my experience at LIM College, I was a part of the NRFSA. I jumped in my first semester freshman year, and throughout the four years, I served as co-president for three, participated in scholarship competitions, and attended four conferences and two galas!

My junior year, I saw the CEO of Sam’s Club speak at the NRF Big Show Student Program in New York. Sparking my curiosity, I went to the Sam’s Club booth at the career fair later that day, and before I knew it I had an interview scheduled for the next day, and I also had a summer internship secured by the end of that week.

At the end of the internship, I was offered a full-time position after graduation, and I took it!

This past fall, the NRF reached out to the HR team at Walmart, which owns Sam’s Club, to find employees that were recruited through the NRF, leading them to me. They asked if I wanted to be on a panel during the 2020 Student Program to talk about the start of my career. 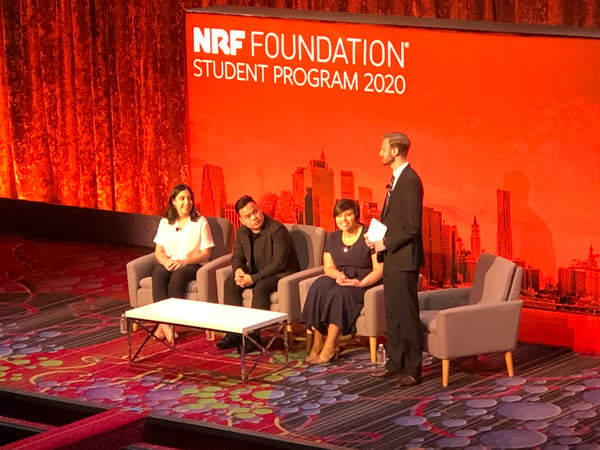 On the panel, I talked about my position as an Allocation Manager at Sam’s Club, early mistakes that I learned from (which may have included ordering 40,000 units of an item instead of 4,000). Other questions I took were about relocation, career development, and telling your friends and family about choosing a career in the retail industry. I wanted the biggest takeaway for students in the audience to be to take risks for your career. Relocate if necessary, take internships in positions you wouldn’t normally think of, and go on an interview even if you are hesitant.

- Every interview I’ve done has been great practice.
- Taking an internship in marketing was a resume booster and gave me cross-functional experience.
- Relocating allowed me to start my career at the number one retailer in the world.

The NRFSA was the highlight of my college experience. I was honored to be a part of this panel, and being onstage instead of in the audience was surreal. A huge thank you to Professor Greene for forming the NRFSA chapter at LIM College. Without her, I would not have had any of these opportunities!