This article is part of a series of interviews conducted by LIM students with winners of the Accessories Council's 2020 Design Excellence Awards (DEA). Students are enrolled in Fashion Merchandising Professor Andrea Kennedy's Honors Introduction to the Fashion Business class.

Belts are a staple in every wardrobe, but Mireya Gómez de la Torre found a way to make them more than just a strip of leather. Her company, Taarach, creates a colorful and unique story in each belt, which she designed by closely working with indigenous artisans.

Taarach’s Tsawan belt was awarded the Accessories Council 2020 Design Excellence Award for the “Social Impact'' category. The winning design was created in Ecuador by artisans from the Otavalo Community. Retailing at $85, the belt is available in a variety of colors.

On October 9th, we had the pleasure of speaking with Gómez de la Torre about her company… 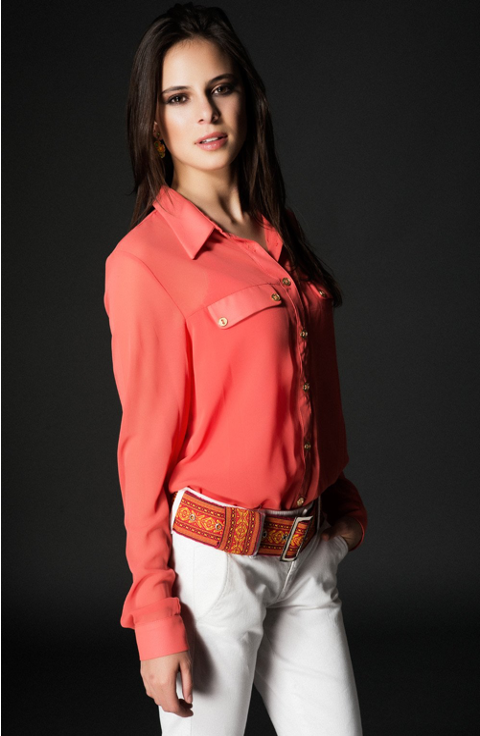 Stephanie Oliveira: What made you decide to pursue fashion as a career?

Gómez de la Torre said she started off in economics, then she got into marketing and business because it was very difficult to succeed in fashion in Ecuador at the time. Once she started her family, she got a certificate in fashion design at a small institute in Ecuador and from there she started Taarach.

SO: What inspired your design for the Taarach Tsawan belt?

The design for the Tsawan belt was inspired by the faja, which is a traditional waistband used in many indigenous cultures to ward off bad spirits and give the body stability. Gómez de la Torre said she wanted to honor the uses and beliefs around the cultural band, “ but in a way that people can wear it on an everyday basis.”

Gemma Chambers: Why is being ethical important to you and your brand? How do you maintain ethical business practices?

Gómez de la Torre’s emphasis on family and ethical values has influenced her brand and made business ethics “something that is not an option”. Taarach aims to help preserve the culture of small communities and their businesses that are threatened by massification and to show the world the beauty of their traditions.

GC: What lessons have you learned from working closely with various indigenous artisans?Gómez de la Torre works closely with the Andean culture of Ecuador. She believes the indegineious people’s respect for nature and knowledge of medicine stands as wisdom all could benefit from observing and understanding.

GC: What impact has your brand had on the children of Ecuador through the “One 1 One” project?

Gómez de la Torre started the One 1 One project to provide children with lunch for one month and support them in pursuing an education and better opportunities. The project has since expanded into partnering with a larger organization with the same mission and has shifted to help support families during the pandemic and supply them with meals throughout each month.

Angelika Cwiklewski: Do you plan to expand Taarach into other markets?

Gómez de la Torre mentioned a story from a man she met who made mistakes when starting his brand; he told her if she ever starts something, to start small, learn, understand, and then grow. She put a strong emphasis on this as she wants to preserve the essence of her company with handcrafted pieces and honor the textile tradition. She hopes next year she will be able to get a new product to market.

AC: Do you wholesale any of your products?

Taarach belts are being sold in a small boutique in Ecuador called the Designer Society. Mireya’s plan was to bring her brand to London this year, but the pandemic interfered. She is talking to boutiques in Panama and looking particularly into ecommerce, as well as hopes to sell to more retailers across the globe.

AC: What advice would you give to students who are just starting out in fashion?

Gómez de la Torre says the first thing you need is to believe in yourself and be confident. Fashion designers, whether good or bad, have to show their work proudly. She said to be open to changes and honor your gut when people try telling you what path to take. 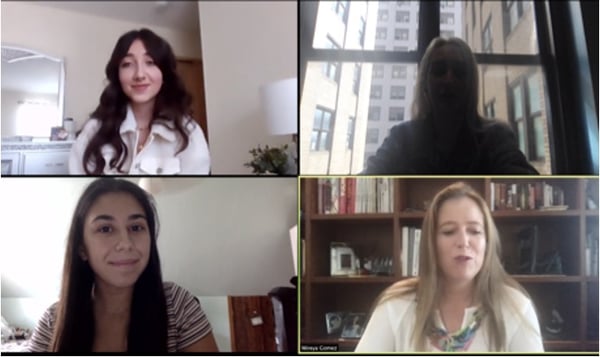 Our interview left us with a lot of insight into the industry and the importance of ethical business practices. We are grateful to have had the opportunity to speak with Mireya Gómez de la Torre and cannot wait to see what the future holds for Taarach!