The Importance of Your Vote

It has not always been as easy to vote as it is today. Social media platforms allow you to register to vote on their app and remind you about it a thousand times a day. It takes about 10 minutes to fill out the online form to register. Most people have access to the internet, and the whole process has never been so straightforward. 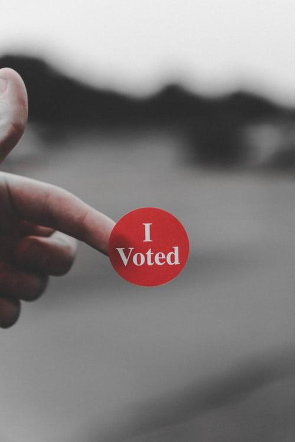 But it's important to remember that it wasn't always ...

Black men were officially allowed to vote in 1869, but it was much harder for them to cast their vote due to Jim Crow Laws. Jim Crow Laws allowed people working the polling stations to require poll taxes, literacy tests, and other measures to discourage black men from voting. It wasn't until 1965 when the Voting Rights Act was passed where Jim Crow laws became illegal.

Women weren’t given the right  to vote till 1920. After years of protests, the constitution passed the 19th amendment, which granted women the right to vote. In respect for what these people went through in order for everyone to have the right to vote, we should always vote to not take our privilege for granted.

If you believe your vote doesn’t make much of a difference, think about one of the closest elections in US history. In 2000, Al Gore lost the election to George W. Bush. The election came down to Florida, and it was so close that they decided on a recount. Bush won Florida by 0.009% which equals 537 votes. It would’ve only taken 600 more votes for Al Gore and we might have had a different president. This is why your vote matters.

Whoever becomes President, whatever they decide to do, might affect you even after they have left office. There are many things on the line, such as the economy, climate change, immigration, COVID-19, racial inequality, and many more issues. Research what each candidate stands for, and show your support for the one you favor. Whoever is in office next will affect you and your family, this is your chance to choose how you want the future to look like.