WHERE DOES OUR PLANET STAND? 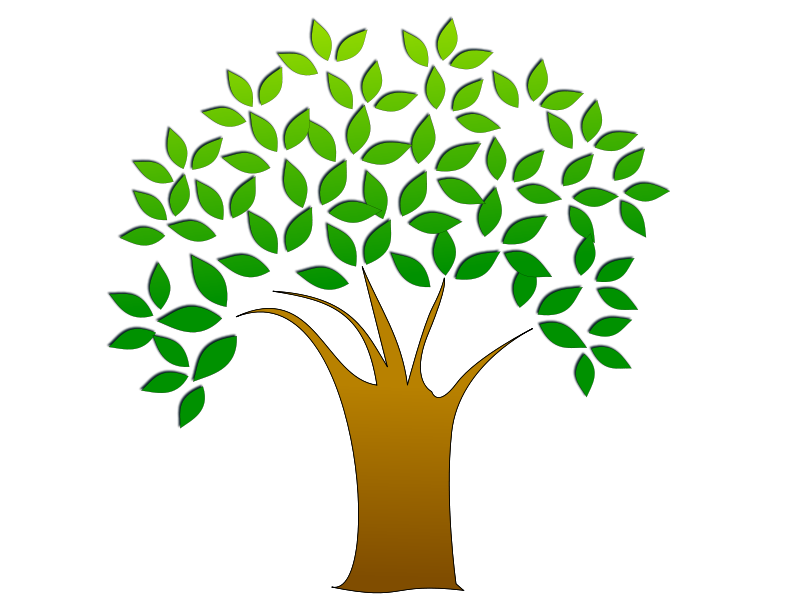 The earth is filled with billions of people who go about their everyday lives suitable to their wants and needs. Human impact is affecting the environment in a negative way. Every year the population grows at an exponential rate. “If all the humans on the planet lived with the same standard of living enjoyed by the people in the United States and Canada, we would need 4.5 more planet earths even if the population did not grow” (Sustainability Principles and Practice, Robertson, 2017). People in these countries are using so many resources to enjoy the comfortable lives they are living. If the population continues to grow at the rate that it is currently growing, the damage the environment is experiencing will continue to grow. When analyzing population growth, there is more reason for humans to use up more natural resources and more pollution will be added to our air. More humans mean more cars on the road, more opportunities for people to start businesses and run factories that cause pollution. Humans are impacting the environment in a negative way and with population growth the crisis will only get worse. There is a decrease in natural resources available for humans and if the population grows the same amount of resources are split between the growing population. There is an estimate that 8.5 billion people will fill this earth by the year 2030. This means these billions of people will have to be clothed and produce more waste in the environment. 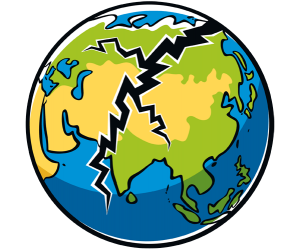 As the population’s demand increases, so does industrial use which leads to pollution. The fashion industry is the world’s second largest environmental polluter. This is due to the overproduction of materials in factories across the globe while dealing with hazardous chemicals and dyes, which then trickle down into our water and air supply. It doesn’t end at the factories, however. Due to globalization, the products bought overseas must then be sent over by ship or plane. This alone heightens the pollution percentage greatly. The current trend of fast fashion plays a major role in the increase of industrial use. The demand for cheap clothes in high counts is greater than ever which calls for a greater use of chemicals in factories and shipping of the clothes more frequently. “…22 billion new clothing items are bought by Americans per year, with only two percent of those clothes domestically manufactured… a single ship can produce as much cancer and asthma-causing pollutants as 50 million cars in just one year” says Glynis Sweeny (Fast Fashion Is The Second Dirtiest Industry in the World, Next to Big Oil, 2015). 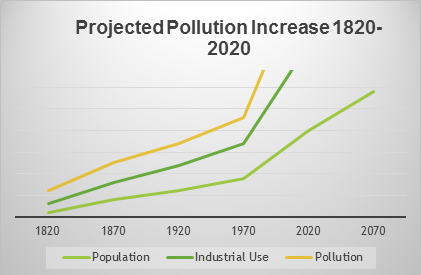 Sweeny then goes on to state that the pollution from the shipping industry is now affecting those that live in coastal regions throughout the world. As you can see in the graph, “Projected Pollution Increase 1820-2020,” the direct correlation between population growth, industrial use, and pollution as well as the predicted increase in said three by the year 2070 can be shown. We as a society must think big picture and take responsibility for our actions. As the fashion industry is always changing, we have the power to push the idea of sustainable clothing out to big corporations and therefore control where our dollars go as consumers.