Where Even Is Roosevelt Island? 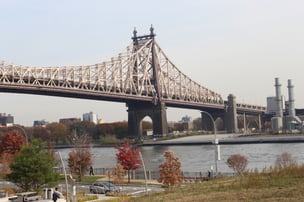 I think it’s safe to say every New Yorker is used to the loud, crazy, congested feeling of the city. Sometimes, it’s good to take a break from that part of the "Big Apple" and travel somewhere nice for a day without breaking the bank.

I visited Roosevelt Island on Veterans Day around 11 a.m. From the Residence Hall, I took the 6 train to 59th street and walked about six minutes to the tram, which goes over the East River to Roosevelt Island. 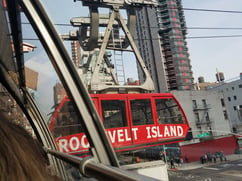 With a swipe of your MetroCard, you can access the tram. I had never been on a tram, but I was super excited to see the amazing views! The ride takes only five to 10 minutes, even though I wish it were longer because the view was amazing.

Once the tram ride is over, you’re on Roosevelt Island. 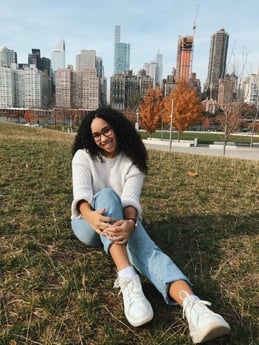 No one really talks about this place, but it is such a gem!

It is made up mostly of residential areas, parks, and Cornell Tech. It was a perfect day to go and spend a few hours walking around and enjoying the peace. It was nice not hearing a single horn being honked or ambulance siren going off. I even saw less “New Yorker attitude” in the people there.

Roosevelt Island is the perfect spot to relax, have time to do homework, catch up with friends, look at the water, and discover a new, enjoyable location. Even though there isn’t much to do on the island, that’s sort of the point. Go to enjoy the island, look around, and have some zen time to yourself.

I enjoyed the island so much, I even went back at night the same day! Instead of sitting on a bench in a park, I sat closer to the water and took in the beautiful view of the city. 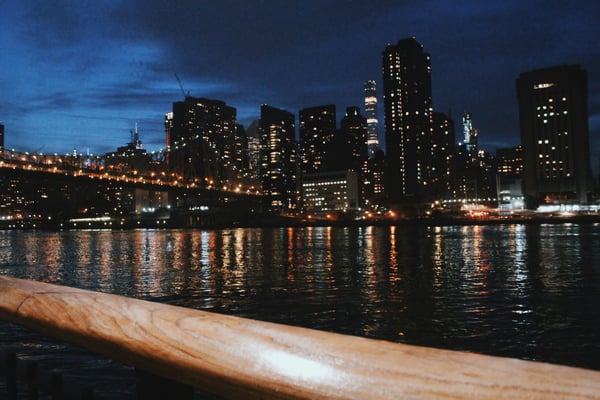 About the Author
Kianna Plummer is a freshman pursuing her Bachelor of Business Administration at LIM College. In addition to being a member of the LIM Blog Club, she is also part of the College’s Fashion Scholars program.