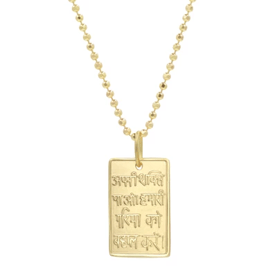 This article is part of a series of interviews conducted by LIM students with winners of the Accessories Council's Design Excellence Awards for 2019. Students are enrolled in Fashion Merchandising Professor Andrea Kennedy's Intro to the Fashion Business class.

According to the National Sexual Violence Resource Center, one in five women and one in seventy-one men will be raped at some point in their lives. While this is a horrifying statistic, the world has never nurtured and supported survivors more than it does today.

Helping survivors get their lives back on track, restoring their dignity and first amendment rights, is the focus of Kamaria Jewelry. Kamaria, was founded in 2016 by cousins Ellie Clougherty and Kristen Malinowski, both survivors of gender-inequality violence. Their central mission is to empower men and women to be agents of change rather than objects of assistance, as well as the community around them, to support survivors in achieving feelings of validation and hope that they deserve. 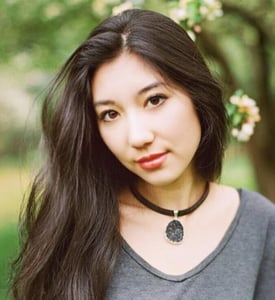 Jewelry was never the plan for Clougherty or Malinowski. They initially saw themselves working in mindfulness technology and cognitive neuroscience, respectively, before their own lives were thrown off track, leading them to found Kamaria. Their only prior experience in jewelry production was hand-making gifts for family members. Clougherty recalls, “The process of creating made me feel empowered during a time when I had no agency in my life.”

They gained experience studying under a third-generation master jeweler in New York's Diamond District, teaching themselves CAD, 3D printing techniques, and purchasing a laser welding machine. Through 3D printing, they can melt, carve, and set stones in a way that is faster and more cost-effective, along with their overseas production in countries such as Italy, South America, and Southeast Asia. As their company grew, they had to learn ways to break into the industry, whether it be negotiating with factories or getting into tradeshows.

Success in managing their brand would not be possible without guidance from the Accessories Council, which they joined in 2016 at the beginning of their journey. The Accessories Council has offered vital mentoring, helping them build a sharp brand image and sort out technical details such as pricing models. In 2019, Kamaria won the Social Impact Award at the Design Excellence Awards for their Restore Dignity Amulet.

The Restore Dignity Amulet is made from 925 sterling silver with thick, gold micron-plating and features text inscribed in Hindi, a nod to their first jewelry partnerships in India: "Use Your Power, Restore Our Dignity." The back features a unalome symbol that represents wisdom and one's path to enlightenment. They created this amulet to spread the message, as noted on their website: "We all have the power to restore the dignity in our fellow human beings that have been lost to trauma." Amulets are known as symbols of protection, and they wanted to harness the necklace's size and placement on the body to make it "proud and visible." They believe holding an amulet feels like holding onto your heart, drawing on the symbolism of honesty, bravery, and respect that comes from covering your heart with your hand.

Clougherty and Malinowski were shocked at the response they received after winning their Social Impact Award, as they expected to hear stories from survivors in the audience, but instead were approached by support systems that surrounded these survivors. While Kamaria has already made attempts to make the amulet as inclusive as possible, offering various sizes and materials to provide a broad price range, they would like to expand this even further by including other languages and symbols.

Kamaria was founded in conjunction with Restore Dignity, a non-profit that provides financial relief to cover unanticipated expenses survivors face—everything from groceries to tuition—and does so much advocating behind the scenes. Restore Dignity encourages companies to offer job opportunities to survivors, and Cloughtery and Malinowski have participated in protests fighting for the cause. They were able to accomplish this as Kamaria was founded with the sole intent of letting survivors know they are not alone. 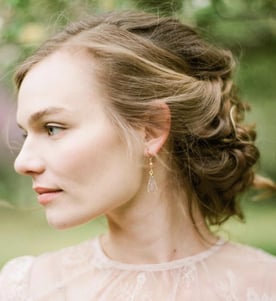 Even though working on both a start-up and a non-profit at the same time slowed them down, they believe in the end it has actually taken them further and relate this to an old African proverb, "If you want to go quickly, go alone. If you want to go far, go together." Clougherty and Malinowski work very closely with the survivors they help through their non-profit. While they don't require survivors to release any details, many write to them with the details of the hardships they've faced post-assault. And Clougherty and Malinowski remember it being an exciting time when they supported their first survivor. They have grown significantly from their original founding, crediting a portion of this growth to the 'Me Too' movement that has opened up the public space to speak out against sexual assault.

Kamaria continues to expand as their business continues to be successful. They believe their family dynamic has helped them succeed, as they know in-depth each other's work ethic and, at the end of the day, have a built-in support system. They hope to expand into other accessories such as scarves or candles, but they will always continue to spread their core message.

From Kamaria's experience, they advise other aspiring entrepreneurs to go for it and be ready for a long journey. They believe entering into something you're passionate about can be very rewarding, but they also recommend working with a mentor to improve your chances of success, as the Accessories Council was, and is, vital to theirs. For those who want to further understand how to help and support survivors, they suggest, "Listen, learn, and love. Sometimes listening to survivors and letting them know they are heard can make a huge difference."

Listening firsthand to the heart behind Kamaria Jewelry was a privilege leaving us both inspired. Their story was impactful and moving—they not only overcame personal hardships but also learned to thrive professionally in an industry where they had no experience. The Restore Dignity Amulet and Social Impact Award reflects their story and recognizes how far they have come.

If you or someone you know is a survivor of unequal power violence and would like to receive help from Restore Dignity please contact Apply@restoredignity.com. To learn more about the amazing work they do, or to make a donation, please visit https://www.restoredignity.com/.