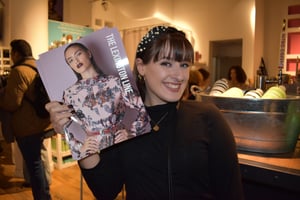 The Lexington Line is one of the best, if not the best, college magazines around. If a stranger on the street flipped through it, they’d be surprised to learn it was produced by a team of crazy talented LIM students. It’s glamorous with its photos and hard-hitting with its writing, and the launch party for the Fall 2019 issue was as exciting as the magazine itself.

This was the tenth issue of The Lexington Line and—while I am biased, as this was my first one to be a part of—it’s the best! I’m the magazine’s Assistant Marketing Director, so I played a large part in the launch party. With all the hard work of the team, it was a major success.

The theme of the Fall 2019 issue was pushing boundaries. Erica Fouts, our Editorial Director, said, “This semester, a lot of the editors were thinking about some pretty heavy topics. It was just sort of a coincidence that a lot of our staff wanted to write about controversial issues—of course, given the sociopolitical climate, I’m not exactly surprised. But we just ran with it, encouraged our writers to do some research, and told them not to hold back with their analysis. In the end, I think their candor made for one of the best ‘LexLine’ issues yet.”

The launch party was hosted at the Phluid Project near SoHo. It’s a retail shop filled with gender-neutral clothing products. It was awesome to be able to shop around while celebrating! 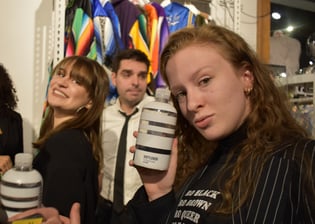 The launch party also offered complementary gift bags and a raffle. The bags were beautiful totes from Crabtree & Evelyn, and they were filled with all kinds of goodies, including copies of the magazine. The raffle included an item from the Stonewall Collection, courtesy of the Phluid Project, and also two Dagne Dover bags. Such a fun surprise for the winners attending the event.

Midway through, we heard from John Deming, faculty advisor for The Lexington Line, along with some of the editors. It was bittersweet for some staff, as this was their last launch party because of their Co-op beginning in the spring. It was great to be able to acknowledge all their hard work on the magazine throughout the past few years, from staff writers, to marketers, to even editors-in-chief. 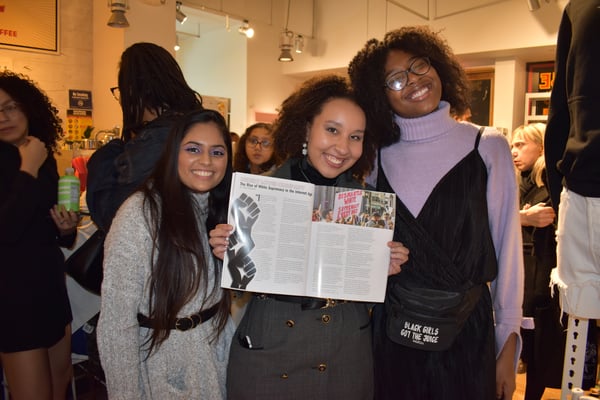 Whether it be a member of The Lexington Line staff, an LIM student or alum, or someone in the community, I’m sure anyone who attended this event had a blast. If you had to miss it, make sure to be at the next one in the spring!

About the Author
Tessa Aldridge is a Freshman at LIM and part of the Fashion Scholars program. In addition to her work on The Lexington Line, she is a Coleader of the LIM Blog Club and studying Fashion Media.