What's it Like Liking Girls When You're a Girl?

Not to sound conceited, but at any one time, I probably have three or more guys in my DMs telling me I’m pretty. I even have one sending me songs and another telling me he’s having dreams about me. Can I blame them for not knowing I’m into girls? Heck, I didn’t even know for eighteen years of my life.

I’ve never officially “come out,” I don’t have an eyebrow slit, I don’t post rainbows everywhere, and I sure don’t let it change how I dress. I bet some of you are even reading this surprised that I am OFFICIALLY saying I like girls. I’ve played with the idea of liking boys and girls … but boys are so mediocre.

It’s not like it’s a secret; I’m not trying to hide my sexual orientation from anyone, I just never feel like it’s anyone's business. The idea of having to “come out” just doesn’t sit right with me. To me, I am just that: me. Who I choose to love does not change who I am, and I would hate for it to change how people see me. I am also not the most lucky in love, so there’s never been an occasion where I had to tell people; there is no one else to show off, there is no proof.

So how do I meet people if no one knows? I do what most young adults do nowadays, and I try to meet people online. I'm convinced that’s never actually going to work though. I’ve met four girls online and all were very nice, but I’ve come to learn that, no matter who you talk to, everyone has issues. I have also learned to never try and change or “fix” anyone—they won’t do it unless they want to.

Sexuality is not a choice. I don’t get to choose who I like, though some may disagree, but I will never let that bring shame to who I am. So, in honor of pride month, this is me anonymously coming out and saying I like girls, and I am proud of who I am.

P.S. If you’re reading this and you do know who I am, I just want to say thank you. 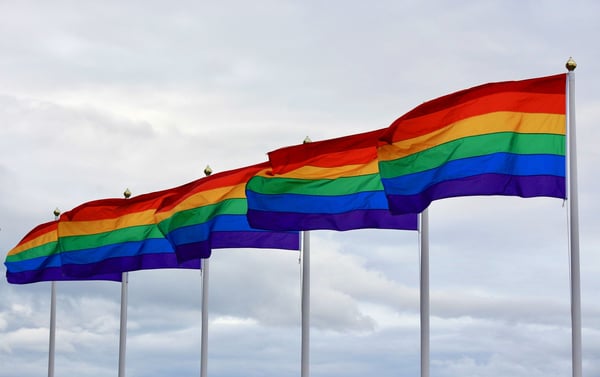