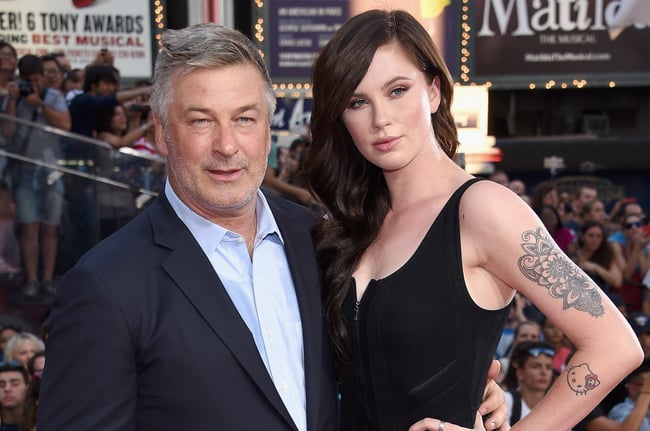 This past Thursday, March 23, Alec Baldwin emceed a show called Bad Parent at Caroline’s on Broadway. The show featured comics who talked about experiences they either had growing up or experiences they’ve had as parents. The event was presented by WNYC Studios and was recorded as a podcast. 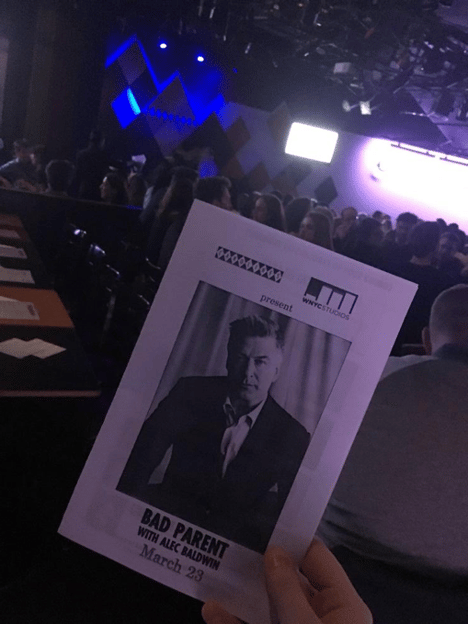 Alec started the show by addressing and joking about what most people probably immediately thought of once they read that the show was called Bad Parent with Alec Baldwin:
the voicemail he left his then 12-year-old daughter Ireland back in 2007 calling her a “rude, thoughtless pig.” At the show, Alec said he had tried calling her with no answer for three weeks and joked that when he left the voicemail it was a sweet, caring message that “sounded differently on her phone because [he] had been driving through a canyon.” After garnering laughter from the audience he introduced the next comic, Caroline Rhea. Caroline’s jokes and stories were focused on her daughter, Ava. She told jokes and stories about how she had Ava at the age of 44, coming up with Ava’s name, and how she can’t say “no” to Ava. Whether it be getting up in the middle of the night to get Ava a glass of water or a snack, to buying Ava whatever she wanted on their trip to Epcot, Caroline just couldn’t say no. After Caroline’s set Alec took the stage again and told another story about Ireland and a boy she liked in high school. He then introduced Tom Cotter who told stories about his twins and his wife’s pregnancy as well as the ensuing doctor appointments. He also joked a lot about how nursery rhymes are usually about insects (an example he gave was I Know an Old Lady who Swallowed a Fly) and how Disney stories are creepy (jokes included Snow White and the Seven Dwarves and Beauty and the Beast). Tom finished his set and was followed by Karen Bergreen. Karen talked about her sons who are 10 and 13 years old. She told stories about how different her sons are and how her kids continuously ask her pointless questions. She also told a story about how her husband gave their older son “The Talk” and made the mistake of telling him not to tell his little brother, which he immediately did. When Karen finished her set Alec told a story about his three-year-old daughter Carmen before introducing Drew Fraser to the stage. Drew’s set focused on the differences between his childhood and kids’ childhoods today. These differences ranged from weight to hand-me-down clothing. Following Drew came Judy Gold who talked about her teenage sons, therapy, raising kids in NYC, and tattoos. The highlight of her set, and perhaps the entire show, was comparing an email sent from Chelsea Clinton to Bill and Hillary Clinton to a text message Judy received from her son. The email was extremely well written while the text Judy received from her son utilized the letter “u” to function as the word “you”. 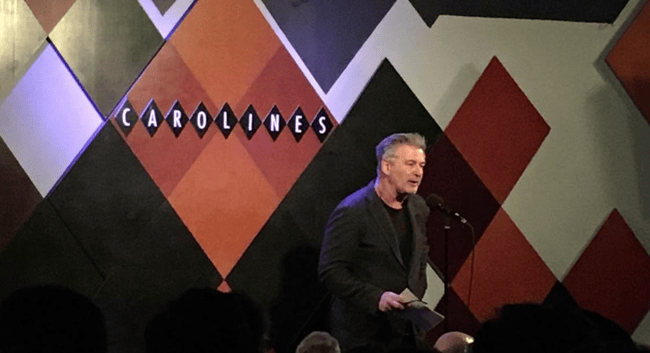 To close the show Alec said that there is potential for more variations of the show/podcast with possible themes being Bad Girlfriend, Bad Boyfriend, etc. An audience member was not hesitant in shouting out “Bad President!” to which Alec responded that theme would require a month-long event.