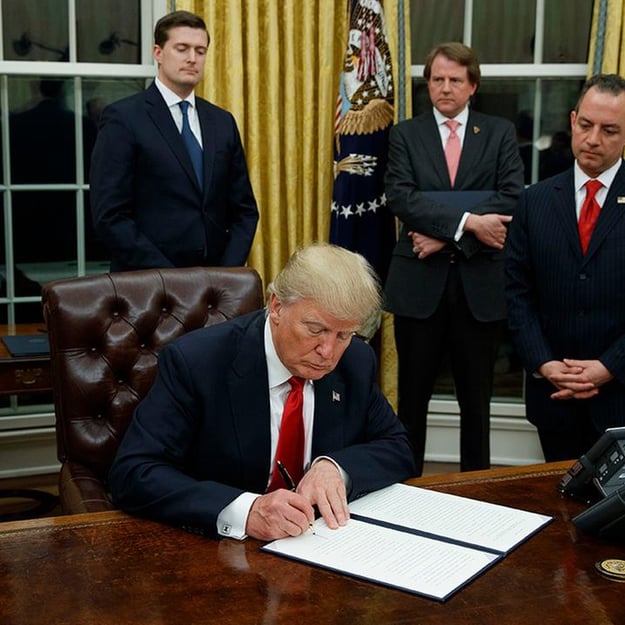 The past couple weeks have presented what some are calling a “historical catastrophe.” Donald Trump has caused one human rights uproar after another since entering office. With a few strokes of his pen, he has taken liberties with his “executive powers” and upended years of support that people of this nation justly received. He has triumphantly crippled many families across the world. His orders not only affect the United States of America, but people from other nations who are hoping for a better life here. If you haven’t been following Trump’s antics here is a quick recap of the executive orders and memorandums his presidency has featured so far:

Memorandum for the Heads of Executive Departments and Agencies: Regulatory Freeze Pending Review

Presidential Memorandum: Withdrawal of the United States from the Trans-Pacific Partnership Negotiations and Agreement

Executive Order 13768: Enhancing Public Safety in the Interior of the United States

Executive Order: Protecting the Nation from Foreign Terrorist Entry into the United States

In two weeks, Trump has managed to destroy the lives of Americans whether they voted for him or not with acts that many are considering unconstitutional. In an article from The New York Times, Nobel-prize winning economist Paul Krugman (2017) points out that he has been “much more enthusiastic about punishing people than he is about helping them.” Discussing the Trump administration’s idea to impose heavy tariffs on companies that manufacture overseas, Krugman points out that Trump could easily hurt the Rust Belt job market he pledged to save:

Even if tariffs lead to a partial reversal of the long decline in manufacturing employment, they won’t add jobs on net, just shift employment around. And they probably won’t even do that: Taken together, the new regime’s policies will probably lead to a faster, not slower, decline in American manufacturing.

Nancy Pelosi recently called Trump’s chief strategist and apparent biggest influence, Steve Bannon, a white supremacist; indeed, many are arguing that the Trump presidency seems like a last stand for white supremacists, a chance to erase all the right that President Obama and other great civil leaders have done thus far. 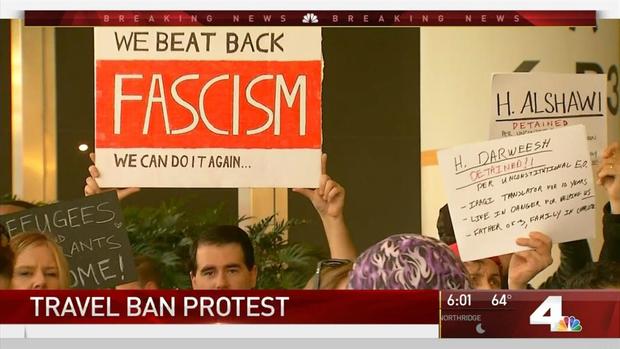 We the people have to fight not only for our rights but the rights of others. People have died and still are dying for the freedoms we have and still wanting to gain. With the flick of his pen, Trump has begun to strip all Americans of their liberties and make the U.S. serve as target practice for other countries around the world.

So get involved know your rights and fight for others rights. Stay in the know and keep Donnie’s agenda, your agenda.