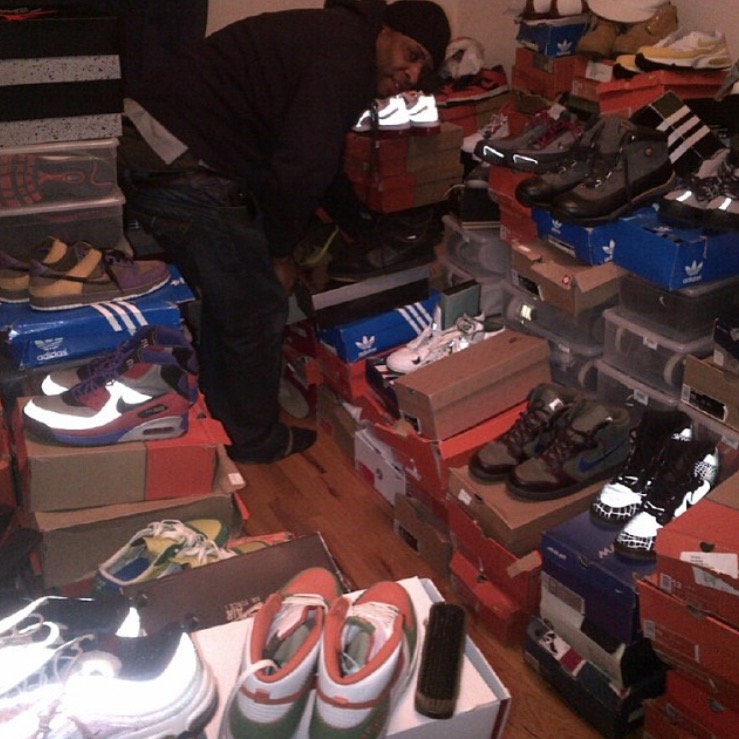 Fresh has a shirt to go with every shoe, sometimes even a pair of socks. How many shoes does this man even have? 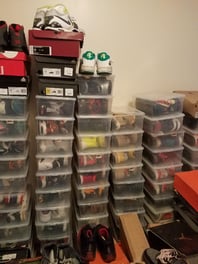 Some could say keeping track could be quite hard, especially with the number of shoes Fresh owns, but I have a feeling each shoe holds a special place in that big heart of his. Every shoe Fresh gets doesn’t go straight on to his feet, he usually doesn’t even wear them until years later. Fresh is mesmerized by the colors and concepts designers create. There is a lot that goes into what shoe Fresh is going to wear that day.

For him, it’s “all about an actual vibe and what’s going on at the moment,” he says. When asked about his favorite pair, Fresh did not hesitate, “I don’t have a favorite pair, every era came out with something dope.” He went on to mention different brands like, New Balance and Nike.

For most people shoes are just another thing you have to wear. For Fresh, it’s all about the statement and the fashion behind it; That’s what started his love for shoes. Fresh starts by picking either the shoe or the shirt, but they might not have their partner yet so he’ll put them aside until he finds the perfect pair.

“I go into this Indiana Jones adventure type,” Fresh says.

Fresh is a big advocate for creating your own style and not conforming to society’s views, “Don’t be a follower, be a trendsetter. I think that you should be able express yourself and wear what you want to wear and if people try to bag on it, stand tall, represent you,” he preaches. 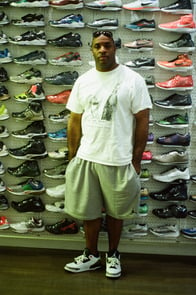 Fresh gets inspiration from friends, people on the street, and old rap videos. He doesn’t focus on the trends big magazines are trying to tell you.

When Fresh isn’t on the hunt for his next shoe, he’s working with children that suffer from mental and behavioral issues, as well as preforming security for Stadium Goods, a consignment shoe store in SoHo. I talked to Fresh on his last day at Stadium Goods, to learn more about his inspirations and plans for the future. Even though shoes seem like such an important part in Fresh’s life, he’s excited to use his skills to help older adults with independent living. When asked what his dream job would be, expecting him to say something along the lines of fashion or shoes, Fresh surprised me by saying he’d like to be either working in real estate or security for schools.

It’s is obviously known that Fresh is widely loved in his community, not just for his knowledge of shoes but for his desire to spread love and positivity. Throughout my interview with Fresh, while we were sitting outside of Stadium Goods on a metal staircase talking about fashion and inspirations, guys walking by would dap up Fresh saying things like “Love the shoes, always!”