Out and At 'Em: LIM's Coming Out Day Panel 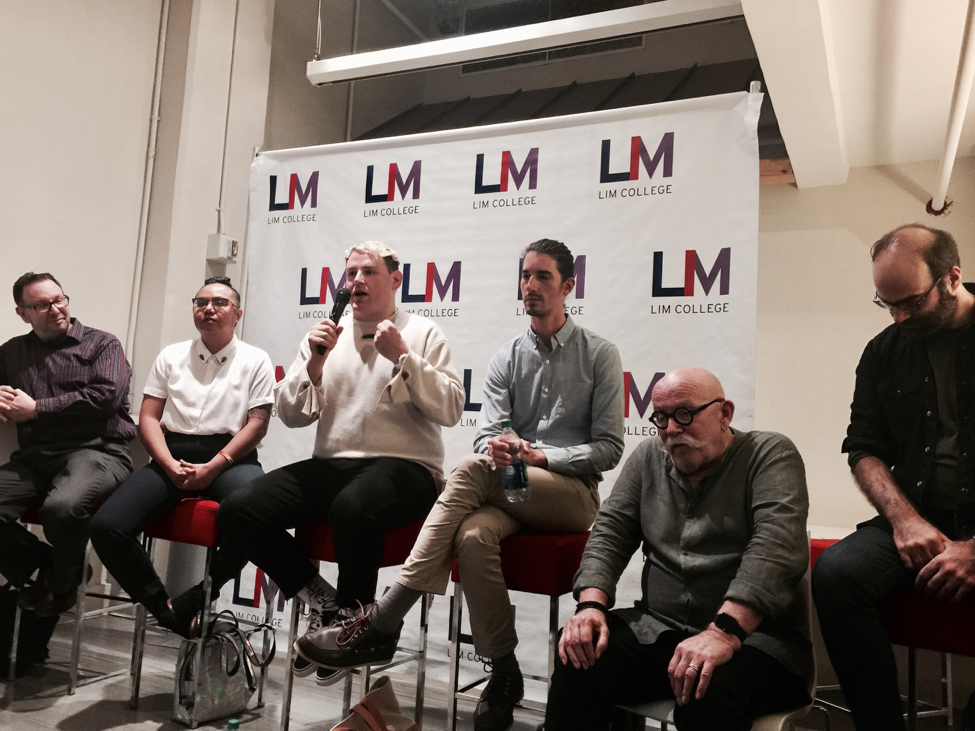 In celebration of National Coming Out Day, LIM’s very own EECM and Student Life offices put together a panel of inspirational individuals who fall into the LGBTQ+ community to discuss their stories and to encourage students to embrace themselves and to not to fear for their future, no matter how scary.

The panelists included Stephen Milioti, LIM’s very own professor Coch, Jarred Blaschko, Noah Silverstein, and AC Dumlao. Throughout the panel, they delivered insight into being yourself not only in the workplace but in your personal lives, allowing audience members who may be feeling a little lost to feel like they have support to live their life as their true self. Panelists opened up about their coming out experiences with their families and expressed how the longer one waits to share who they truly are with the world, the longer they hurt themselves and are unable to grow.. However, everyone’s experience is different, and the way that people view the world depends on who they are.

Though they shared with the audience a world where people can freely be themselves they also brought to light the discrimination that is still faced by many in the LGBTQ+ community from “Bro-jokes” to feelings of exclusion and assumption. Though we’re finding ourselves in a more progressive society, but there’s still a long way to go. Generalizations of the LGBTQ+ community show that the general public doesn't comprehend the range of individuals that fall under this community, leading to a lack of representation and exclusion of many.

Seen at the panel was a disagreement of the concept of gender neutral clothing. AC and Professor Coch, both coming from a different generation, found themselves in a friendly disagreement. The prospects of gender neutral clothing are still lingering as a concept in the fashion industry. While unisex clothing has been making its way into the fashion industry, diversity had been breaking into conventional standards of beauty.

Overall, this panel strived to break the uncertainty of students and their concerns with growing into working adults. Though the world is working for change, there's still a long way to go for equality for many spectrums.