On Thursday, November 20th, Macy's revealed its much-anticipated 2014 holiday windows. The unveiling took place at Macy's Herald Square in midtown Manhattan. Fireworks, music, and special guests all helped to create a magical evening. Even Santa Claus made an appearance, which made sense given that the theme of this year's windows is "Santa's Journey to the Stars."

The six windows facing Broadway feature the eight planets. Santa and his sidekick Timmy go on an adventure to each planet. From giants made of snow to the New York City skyline and the famous Macy's Thanksgiving Day Parade, each window is complete with an overflow of wonder. The intricate details and bright colors are enhanced with motion; there are even interactive games on touch screens for passersby.

Actors James Earl Jones and Annaleigh Ashford from the Broadway production of You Can't Take It With You were there to announce the unveiling.

People flocked to the windows and children stared, mesmerized. Here's why: 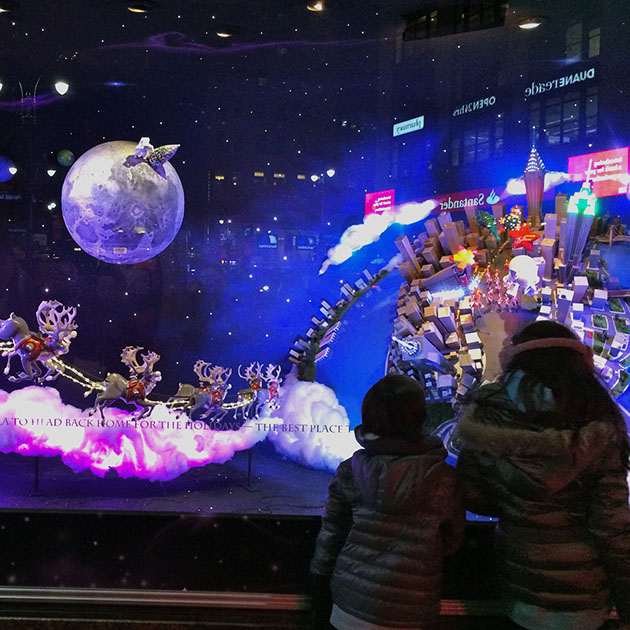 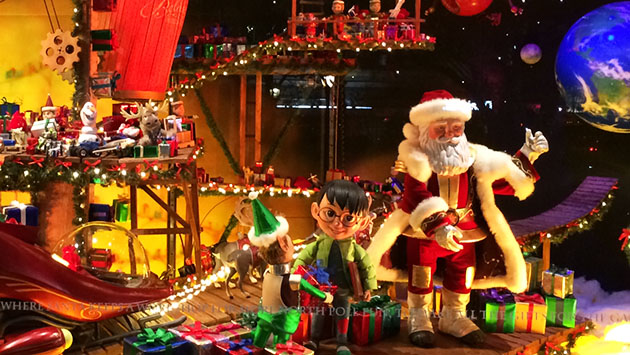 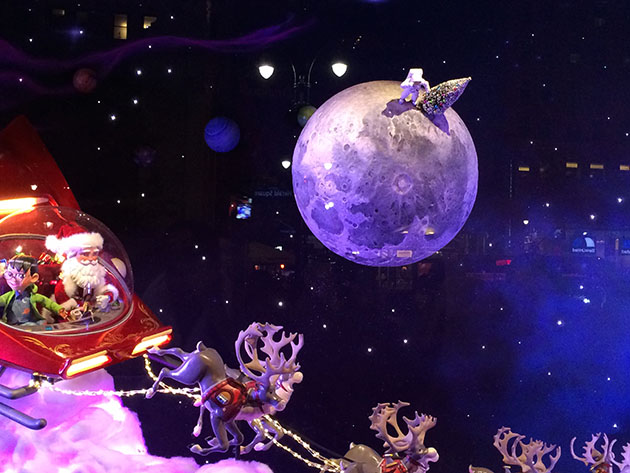 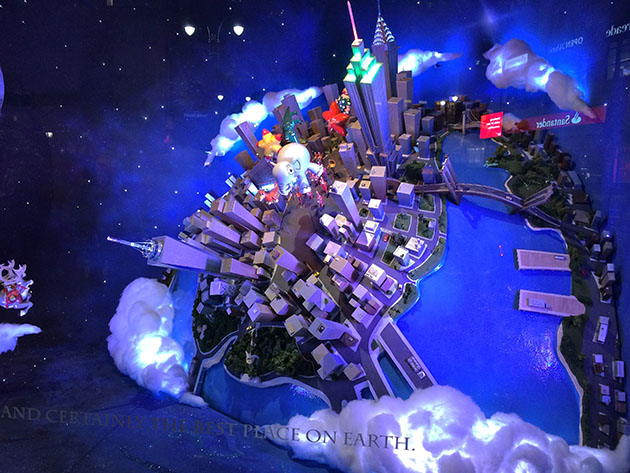 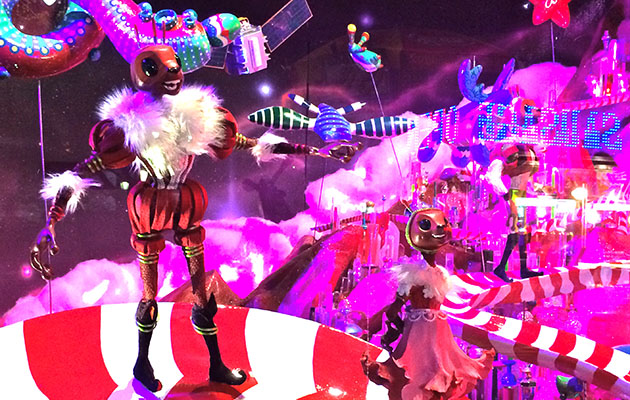 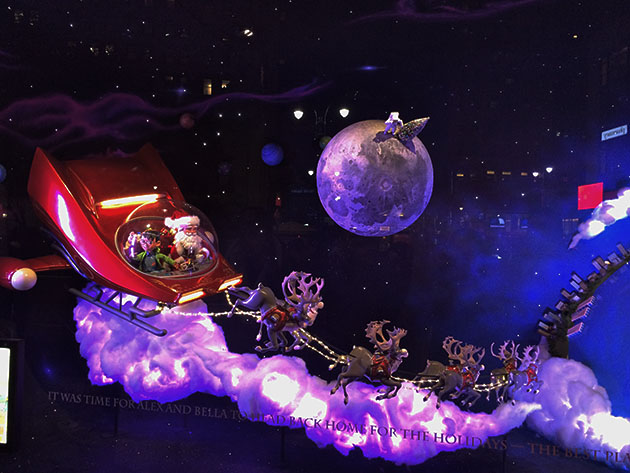 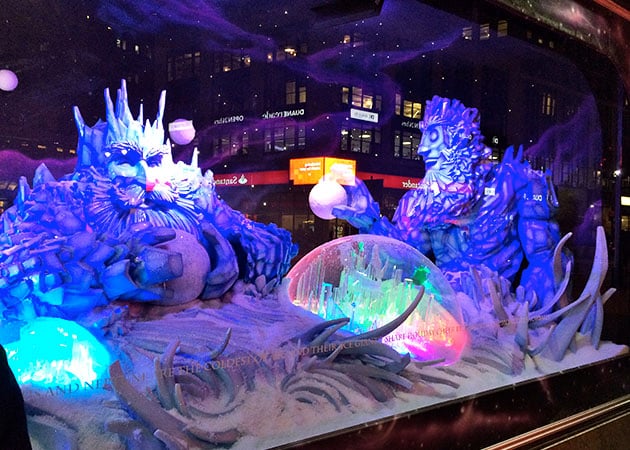 For more information and images, check out My Fox NY.