With the conclusion of New York’s first ever Men’s Fashion Week on Thursday, here’s an in-depth look at just which designers pulled off an exciting and innovative show, and what upcoming trends to look out for in S/S 2016. 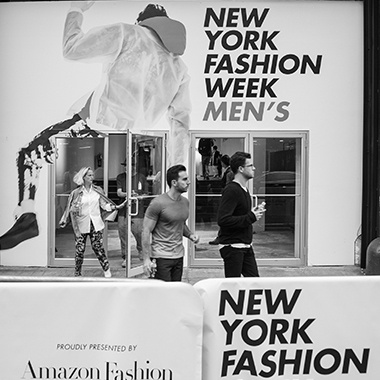 From “mandals” to a redefinition of the slang term “Canadian Suit,” we saw a lot happen in four days of shows. One thing is for sure though; the west coast was the biggest inspiration for designer’s indie and goliath alike.

Calvin Klein kicked off the week with a show that highlighted utilitarian designs mixed with athletic influences to deliver something not completely new, but innovative nonetheless. 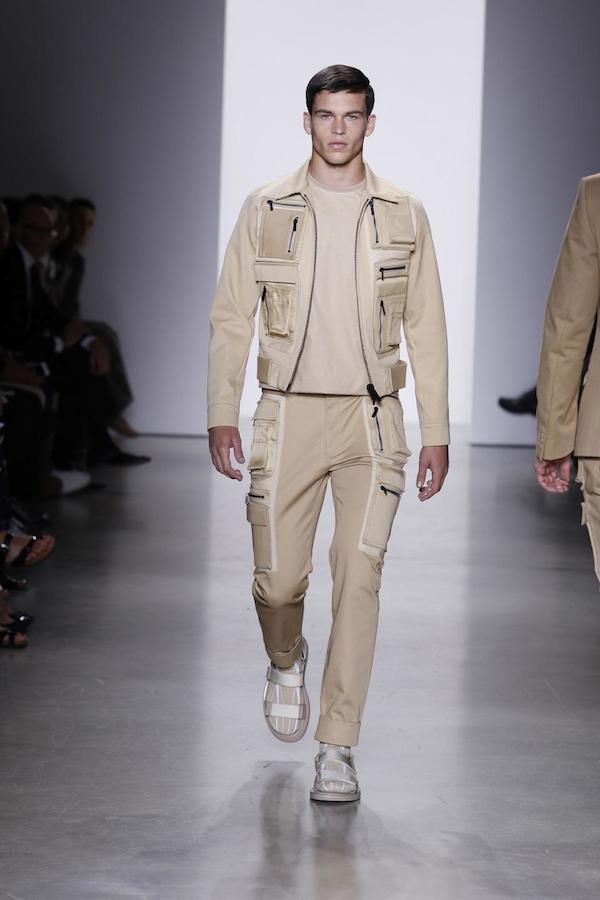 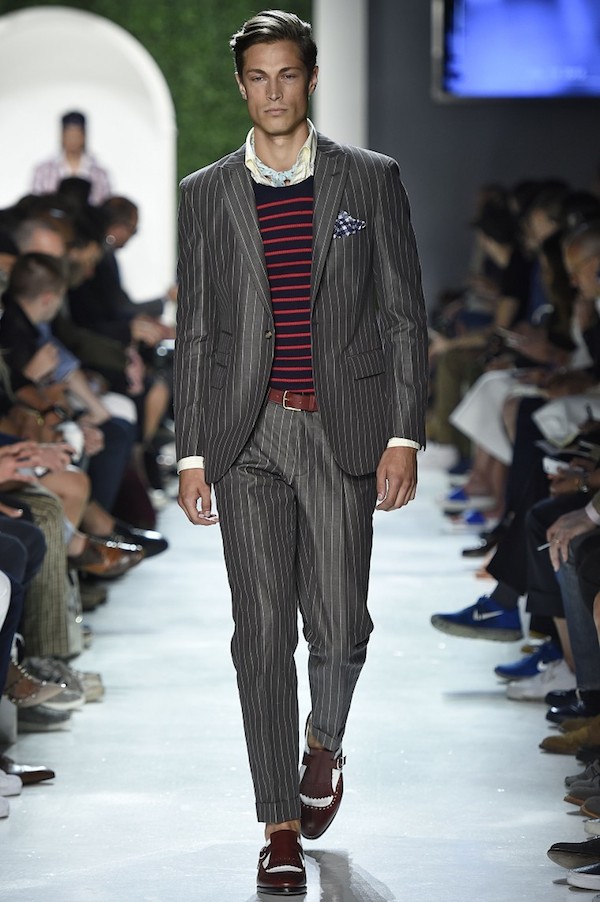 Perry Ellis brought some of the week’s most exciting and creative designs. Introducing the “mandal,” a continuation of athleisure that lets the modern man transport his everyday sandal into the gym or place of exercise. It not only accentuates the relaxed look Perry went for, but is an inventive interpretation of this season’s popular gladiator sandal. Perry Ellis also aimed to come up with fresh ways to wear the classic suit, and played with “shirt suits.” It matches the shirt and pant to become to the suit, and then adds a jacket in shirt-like fabric. Perry Ellis definitely wins the Lex Line best show award this season! 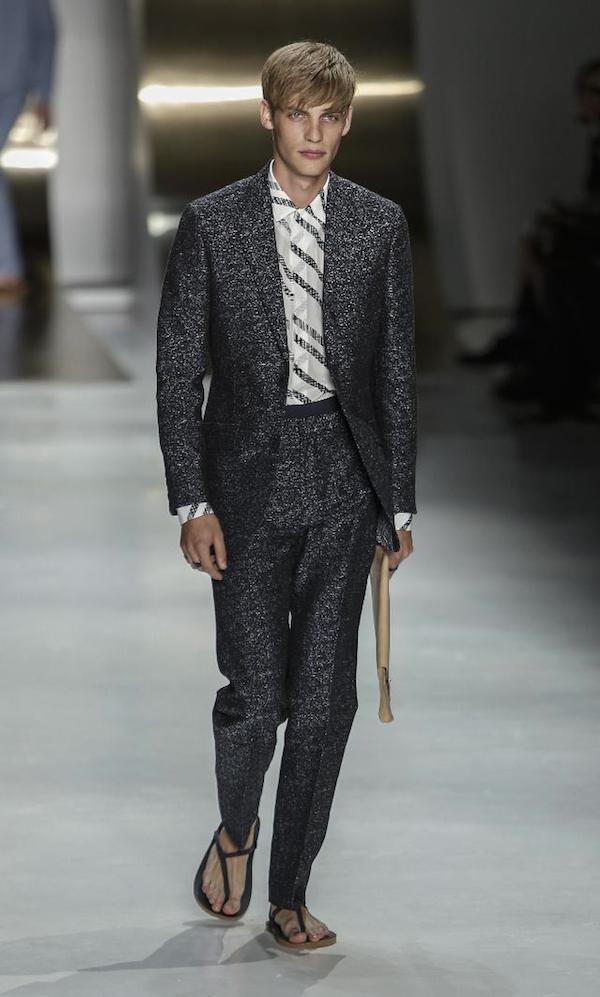 Next up was Polo Ralph Lauren, whose show catered mostly to those of the more economically inclined with some radical designs. As always, Polo kept its preppy influences, but decided to stray from recent trends of wider legged suits, and instead travel to the opposite end of the spectrum with classic double-breasted peak-lapel in tailored, borderline skinny fits. 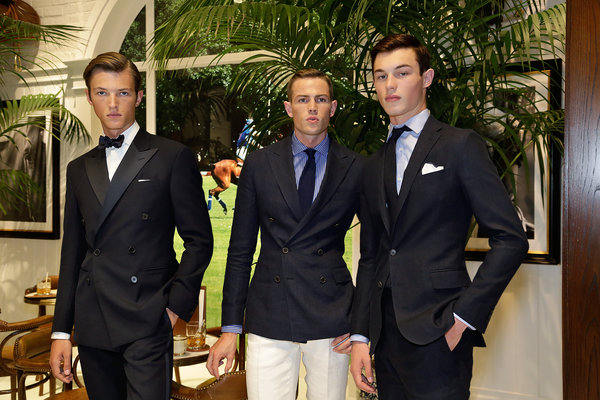 A few of the up-and-coming designers such as Richard Chai, Ovadia & Sons, and Public School also held shows throughout the week. These three designers kept an intensely youthful attitude towards their designs. Chai utilized his upcoming partnership with Pax to gift vape’s to all front row attendees, the Ovadia brothers made the most of recent athleisure trends to create pieces that will no doubt fly off the shelves, and Public School decided to take a new approach to the runway: the police lineup.

Overcoats paired with either elongated knit sweaters or floral printed jerseys seemed to be most popular, with the occasional streetwear-preppy mashup in pieces such as Public School’s baseball jacket and Ovadia & Son’s jersey styled suede shirt. 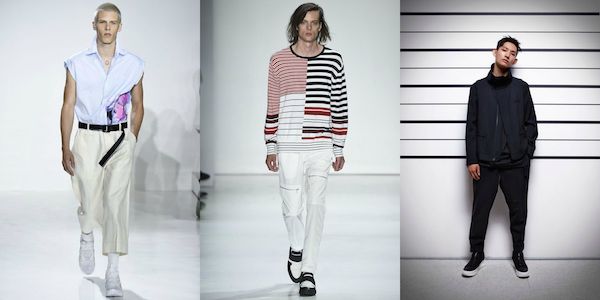 From left to right: Richard Chai, Ovadia and Sons, and Public School

John Varvatos finished the week on Thursday night with a show that radiated importance and class. There was an obvious air of homage to the classic British striped-suit throughout the show. One of the few designers to focus on actual menswear fashion, rather than the more popular athleisure and denim, Varvatos found the same inspiration as many of his fellow creators in sunny SoCal. 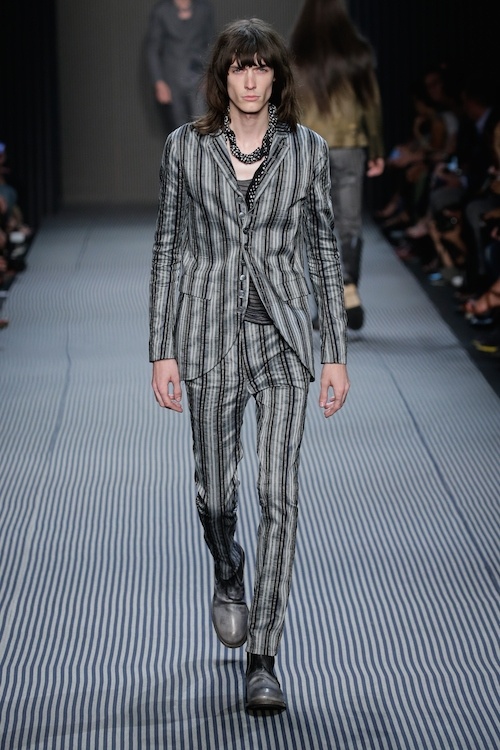 After the first ever New York Fashion Week: Men’s, there’s a sense of giddy excitement of what’s to come in future seasons. Finally joining the ranks of Milan, London, and Paris, it seems like New York is going to be a hub once more of a fashion staple in the lives of all those dedicated to menswear. Look out for upcoming articles on future coverage of NYFW: Men’s because it’s scheduled twice a year, every year, in January and July!