Save Your Breath: No More Whistling for Taxis in NYC

Whistling for a taxi in New York City is a dying trend. Why waste your breath when you can simply order a car on your smartphone?

If you are living in New York, you have heard about Uber: the car service app that started it all. Uber was the first of its kind to take the streets of New York by storm and steal business from our iconic yellow taxi cabs. According to CNN Money, there are only 13,600 yellow taxis in NYC and about 20,600 Ubers taking over.

Of course it was only a matter of time until Uber started to gain competition. Now, we have access to multiple other car service apps such as Lyft, Gett, and Via, just to name a few. We are constantly bombarded by an infinite number of choices in this city. Now we have more options than ever to choose how we get around.

So how does one go about deciding which app will best suit their transportation needs? Well, this article will break down the prices and deals for each of the four services listed above to help make this decision a little easier. 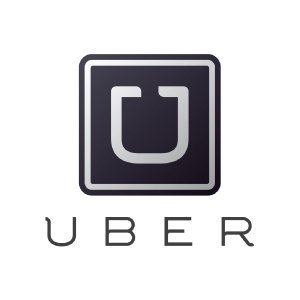 Uber provides a free ride up to $20 off a user’s first ride. The promo code is automatically applied when the rider signs up.

An estimated fare from East 97th Street to East 45th Street during non-surge hours is about $13. That’s about an average cab ride, possibly less. If one wants to catch an Uber during rush hour or during Halloween night, they will be charged about 2.5 times the original price. That’s one major downside to Uber and Lyft: the surge prices can be outrageous. But that’s when having multiple choices comes in handy.

Promotions like UberKITTENS are available on certain dates in over 50 cities. For $30, a user can request kittens to be delivered for 15 minutes of cuddle time! Most kittens are eligible for adoption. This certainly puts Uber on the top of the list for all of the crazy cat lovers in New York.

Lyft is major competition for Uber. They have very similar prices, but Lyft doesn’t have an option for a free base charge. Instead, they automatically start at $8. A trip from East 97th Street to 45th is about $16. They offer two other services besides the basic: Lyft Plus, which is a six passenger SUV, and Lyft Line, which is a ride-share with people going in the same direction for a split fare. They also have a surge charge during rush hours, which can turn a $30 ride into $108 ride (personal testimony).

The plus side to using Lyft is their promotions are sometimes unbeatable; during New York Fashion Week this year, they provided $5 rides in Manhattan and expanded the offer to Brooklynites in certain areas. This gained them a ton of business.  Lyft is also a service that drivers prefer over Uber. According to Lyft driver Mehmood, "Uber charges 3 times mores than Lyft to put the car on the road and doesn't include tips in the fare which leaves us losing more money than [we are] making."

Gett is a new favorite. They give $30 for your first ride and if you continue to pass along the promotion code to friends you can receive up to $1,000 in free rides. A $30 ride can you get you from Manhattan to downtown Brooklyn easily. Frequent rider Audrey Guadangnoli suggests, "Start using Gett, and become a favorite friend by passing the code along, free rides for everyone!"

A few other plus sides to this app include the option to book a ride for later surge-free. The amount that is estimated is the amount that you pay. No need to sweat that surge!

A downside is that they are still an up and coming app so in boroughs other than Manhattan it may be difficult to find a ride.

Via is another up and coming app that is only located in Manhattan. The rides are priced up to $7 and are only available during weekdays 6:30am- 9pm anywhere South of 110th street in Manhattan. They offer commuter benefits for people who want to car pool in an SUV with 6 people. This could be a fun way to start a car pool with some friends on your way to work or school.

All Eyes on America (Business of Fashion)