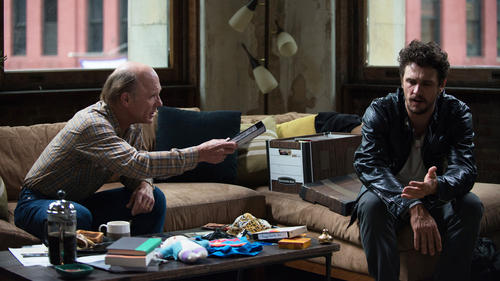 On Friday, April 17th I went to a discussion talk about the new movie The Adderall Diaries, directed by Pamela Romanoesky. The event was held at the Apple Store in Soho.

The movie stars Ed Harris and James Franco, who portray an intense father and son relationship. Pamela first had the idea to create this movie after she had read the memoir by Stephen Elliott. She was a casual reader, she said, and she grew to love the story with each page she read.

She contacted her friend from NYU, James Franco, and asked him to be in the movie that she was going to direct. After he agreed to help out, she then pursued further characters and asked Ed Harris to play the father part. They had all read the critically acclaimed memoir and decided it would be an honor to remake the story. In making this movie, Pamela said, she wanted the audience to feel the same way that this dark story made her feel when she was reading it. 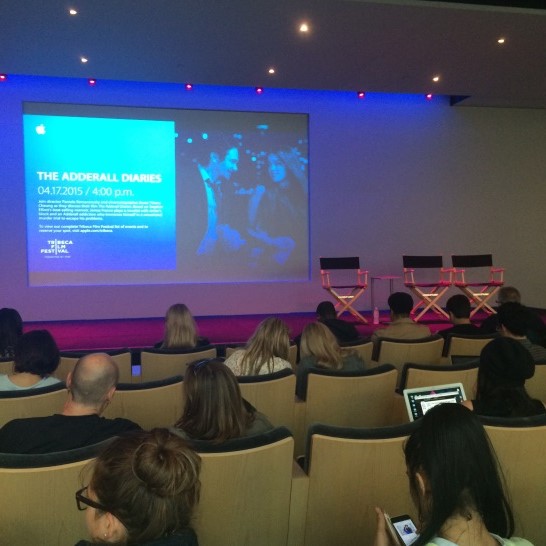 The host of the event, Eric Kohn, who works for Indie Wire, asked Pamela, Ed, and Bruce Thierry Cheung, the filmmaker, a few questions about the movie. Bruce is also a friend of James and Pamela through grad school at NYU.


Eric: How did you map out the different scenes?

Pamela: There is an idea of the film that is like a symphony. Finding the right tempo for the movie and trying to find a way to make the big and violent tense scenes feel real and human and relatable with a sense of humility. We wanted it to be free and organic with the cameras.

Eric: How did you make it believable?

Ed: The movie was violent and real and I didn't think there was any chance of going too far. I had to slap characters around for it to become real.

Eric: While making this movie, did it feel that you were in the zone?

Ed: It does get intense and sensitive, and I never felt that I couldn't do what I wanted to do. The feel of the shoot for me was to just go for it and not hold back. That's my job.

Eric: Pamela, how does it feel directing through these scenes and making it believable? How did you figure out what you want throughout the scenes and how you want it to come across?

Ed: We established the atmosphere and you got to have people that are willing to be trusted and down the line the people were there to score the vision she saw.

Eric: What sort of expectation did you guys have going into this?

Pamela: I already knew James and Ed and trusted them. And addition to being great actors it is a privilege to have incredible actors and being able to trust them. It took 27 days for the shoot. It felt like it went so quickly.

Eric: What surprised you about how things came together?

Pamela: It was my first feature so everything was surprising. I saw the trucks with the title on them and I thought, this is my movie this is really happening. There was a ton of surprises throughout.

The Tribeca Film Festival is well known for supporting emerging as well as established directors seeking to showcase their work for a public audience. The Film Festival has been around since 2002 in New York City where the movies take place. There have been over 1400 films screened in over 80 countries throughout the years. The Festival has generated about $750 million dollars through the activity of local and foreign New Yorkers. This year’s Film Festival ran from Thursday, April 16th through Sunday, April 26th. 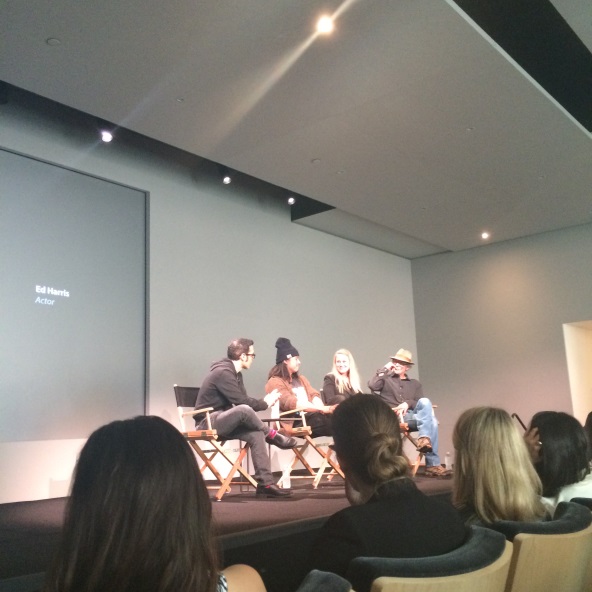