What Does It Mean To Be A Powerful Black Woman?

“I am a feminist, and what that means to me is much the same as the meaning of the fact that I am Black: it means that I must undertake to love myself and to respect myself as though my very life depends upon self-love and self-respect.”

It's Black HIstory Month, and we're looking to see how we, the students, can begin taking action and become the change. The powerful black women from The Lexington Line magazine came together to write a piece on what it means to be a Powerful Black Woman to them. We took individual statements to tap into each lady's personal perspective on the topic. Enjoy. 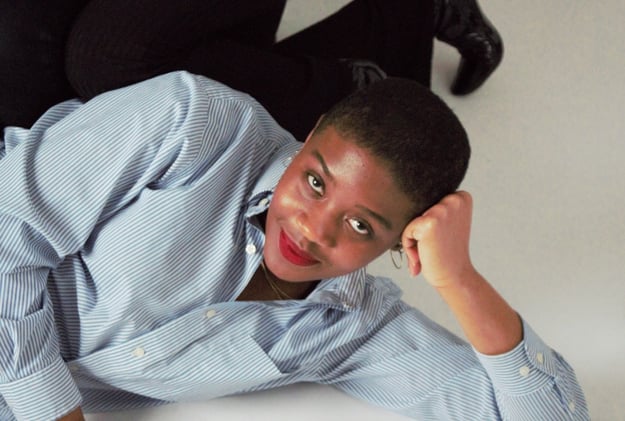 What does it mean to be a powerful Black woman to me? Well, that’s a question that has so many answers to it. I believe when you see any Black woman, that’s your answer right there because we are all powerful in our own way. So often we are ridiculed about how much “baggage” we carry from birth. That we are basically too much “drama” or too “strong” for others, specifically men— even from our own. But in reality, I see is that those “men” can’t handle a woman of our history— of our stature. We are not ones to stand behind anyone, but on the side of them. We don’t need someone to put us on a pedestal because we already did that for ourselves. Looking at every one of us you see power, beauty, intellect, and strength. All in different shades. 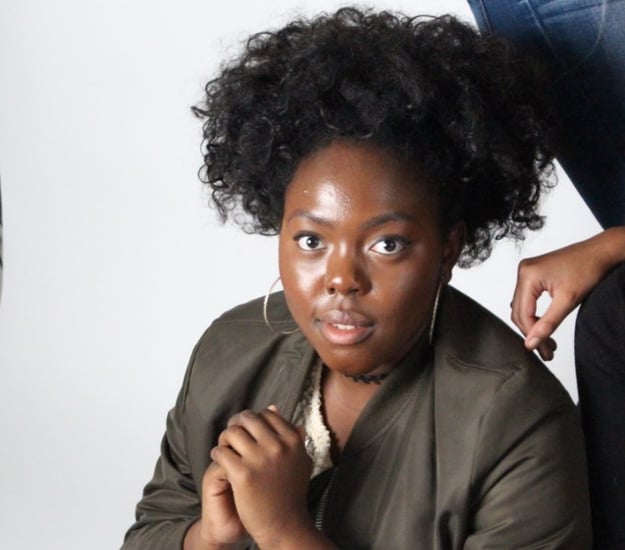 Growing up in America, I’ve always struggled with my identity and what I identified as. I was “too African” for the Black Americans, but I was “too black” for everyone else. I was bullied and condemned for simply being a dark-skinned black girl: for the color of my skin, the texture of my hair and the DNA that ran through my body. But as I grew up, I learned there was no reason to feel ashamed for who I was. There is no reason to feel ashamed. It takes a lot of mental will power to step out of that mindset, and I had to work on myself. I worked on my confidence, my goals in life, and I only did and said what made me feel good. Now, I unconditionally love myself. I’m unapologetic. I’m ambitious. I’m beautiful. And not one person can take that away from me. 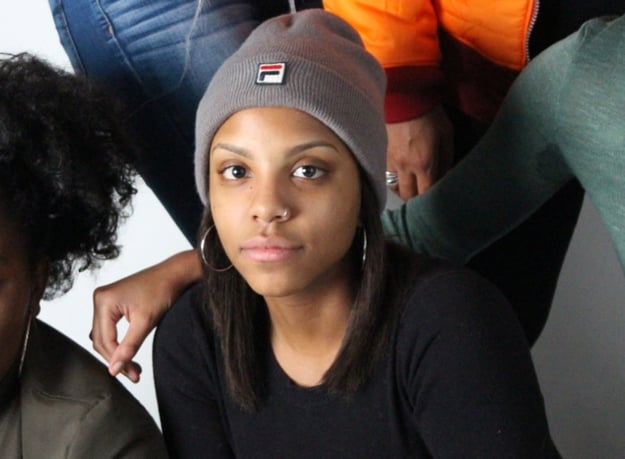 To be a powerful black woman to me means you’re confident in the skin you were born in and never feel like you’re not capable of the same opportunities as someone else. Not to ever second guess yourself, and to never let yourself wish your melanin away! Even though history and society have always worked against us in many ways, it’s important to work hard as hell and break through boundaries and stereotypes—give us something to be proud of. 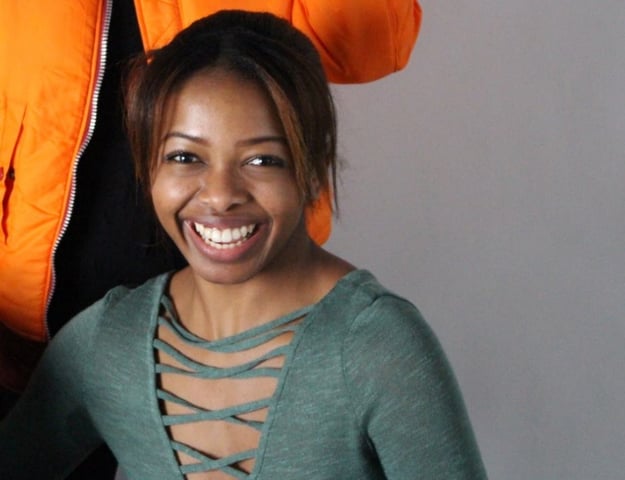 I've never really been asked how I embrace being a woman, let alone being Black. But it is refreshing to think about. I travelled a lot throughout my childhood, which gave me the opportunity to learn about other cultures; however, I did not learn as much about my own African-American culture. Asking my mom about our family's history, I learned about unfathomable hardships my family went through after liberation. I found out my great-great grandfather, David Stokes, after being displaced from numerous work locations in the South moved west and pioneered the town of Riverside, California establsihing its first grocery store market and multipurpose center for both African-American and Mexican-Americans communities. This developed a culture of partnership and awareness, the thing that really made the Stokes family successful and even sustainable.

Looking at it as almost a responsibility, I am proud to be a black woman because it does not only mean I have to celebrate my own culture, but others' as well, especially in times of oppression. We all may be different, but it is the fact that we as human beings have the free will and intellect to celebrate each others' differences that makes our world so special. As a black woman, I have the opportunity to teach others about my culture just as much as I have the opportunity to learn about another's. That's the beauty of communication. If you expand upon your community, you expand upon your knowledge and success. For that, I am so grateful and proud. 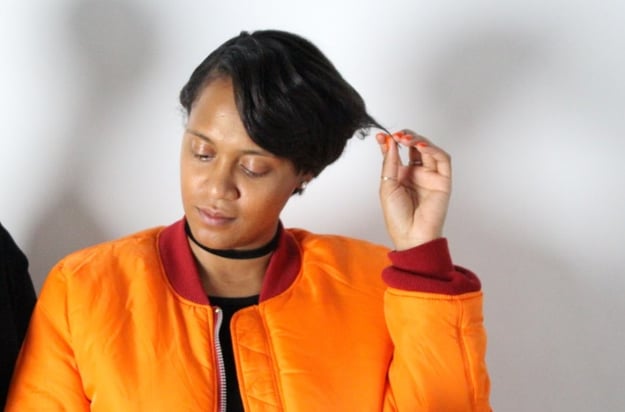 When asked to join in the movement with my peers and write an article on what it is to be a Powerful Black Woman, I thought WOW, COOL. And afterwards, I thought, wait; am I a Powerful Black Woman? Normally when people think of Powerful Black Women, they think of Oprah, Michelle Obama, Cicely Tyson—you know, women of that nature cross your mind. They are truly phenomenal Black women, but me, at this point in my life, I only qualify for two: I am a woman, and I am Black.

I typed into Google, "what does it mean to be a Powerful Black Woman," and of course every Black woman that has been acknowledge by Forbes appeared. Like seriously, there are only 11 powerful Black women in this world?!? So I thought about what being powerful means to me. Powerful is being loyal to friends and family, being resilient and loving, having empathy and putting others before yourself. Then I thought about what woman I knew or knew of that fit that particular description—and not because she knowingly had these qualities, but because she exuded them from within her struggle. My mother.

My mother was born in the '60s, an era were the revolution was beginning to be televised. Different acts were getting pushed through Congress such as the Civil Rights and Equal Pay acts; there were also the assassinations of Martin Luther King Jr. and President John F. Kennedy. My mother grew up in an era in which racism was more prominent than it is today; she lived through times were being a Black woman was a lot tougher and scarier for women than it is today.

Growing up, she was the first girl out of 10 children, and she had to grow up fast. She was raised by her grandmother with three of her brothers, four cousins, her Uncle Buck and Uncle Leroy when he was home from the military, in a four bedroom apartment. My mother never spoke ill of her upbringing, nor did she complain about the beating her cousin received for being Black; she didn't outwardly obsess over the fact that she attended high school in the first year of integration, the white kids shouted “monkeys” at them when they entered the building. She always had God at the forefront of her life and chose to live her life by him. She raised my brother and me to love people despite their ethnicity, religion, or even wrongdoings. I remember there being family members living with us for years at a time until they got back on their feet; she never complained and tried to help in every way possible. She exemplifies a Powerful Black Woman.

I realize that because I am her offspring, no matter what life brings my way, I will continue to stand as the Powerful Black Woman that I am.

I am a powerful black woman because of the women who raised me. I am a Nigerian-American, so my family has an inevitable history of having lived through slavery and the Jim-Crow era which followed. I remember my grandma telling me stories about how she had to step off the sidewalk to let white people pass and had to walk in the dirt. How she had to eat outside at restaurants. How her was food given to her through a window in the back of a restaurant because she wasn't allowed to dine inside. I have been told countless stories like these about how the women I love, who were kindhearted and would give anyone in need the clothes off of their back, were treated just because they were black. Because the sun kissed their skin more times than it did for others. These were the things my family dealt with and fought against being part of the NAACP and taking part in protests, marches and other forms of activism.

I can only imagine the strength that one must possess to deal with the things they went through, all so that I could have the freedom to walk on a sidewalk, to sit whereever I want on the bus as I commute to NY for school to get an education. My great-grandmother couldn't afford an education because she was too poor to attend, even to graduate high school. She had to drop out to work and help take care of my family. But this didn't stop her from teaching herself. In fact, she was one of the most intelligent women I have ever known; she even founded a scholarship organization that is still running today. These stories remind me that resilience and strength are in my blood. Any time that I think that I can't accomplish something, I remember that they did not fight as hard as they did for equality, education and personal battles so that I can give up.

We all have our own stories, and they are all worth celebrating. What does your culture and heritage mean to you?