The Smallest Lines With The Biggest Flavors: Smorgasburg 2015, Part 2

After arriving at Smorgasburg on Sunday, April 26th, I felt as if every vendor looked at me and said, “Hello, and welcome to heaven -- may I take your order?” Every Saturday and Sunday from April through November, Smorgasburg serves as a playing field for over 100 local and regional food vendors, making this the ultimate one stop shop for foodies. This “food market” is located at the Fort Greene Flea on Saturdays and the Williamsburg Flea on Sundays.

Smorgasburg was launched in May 2011 as an extension of the Brooklyn Flea, created by Jonathan Butler and Eric Demby. During my excursion, I decided to try out the vendors with the shortest lines. Why? I wanted to see what all the fuss wasn’t about and find you all the hidden gems of Smorgasburg.

This stand serves “Artisanal Beer Battered Cheese Curds” – and I’m sold. To hear two things so happily married together, you would think that there would be a line all the way back to Manhattan – but I found it to be quite the opposite. For 10 dollars, you can get a large helping of the original curds with a free sauce ranging from a Chipotle Aioli to a Creamy Pesto. It was the perfect bite to start my journey through the subdued vendors. 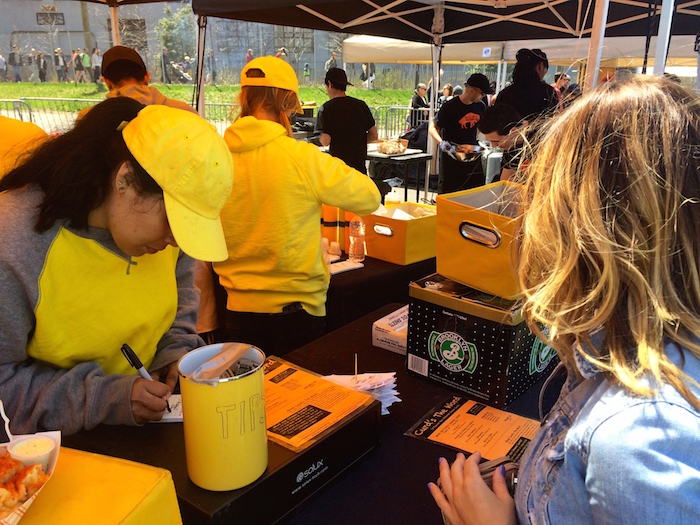 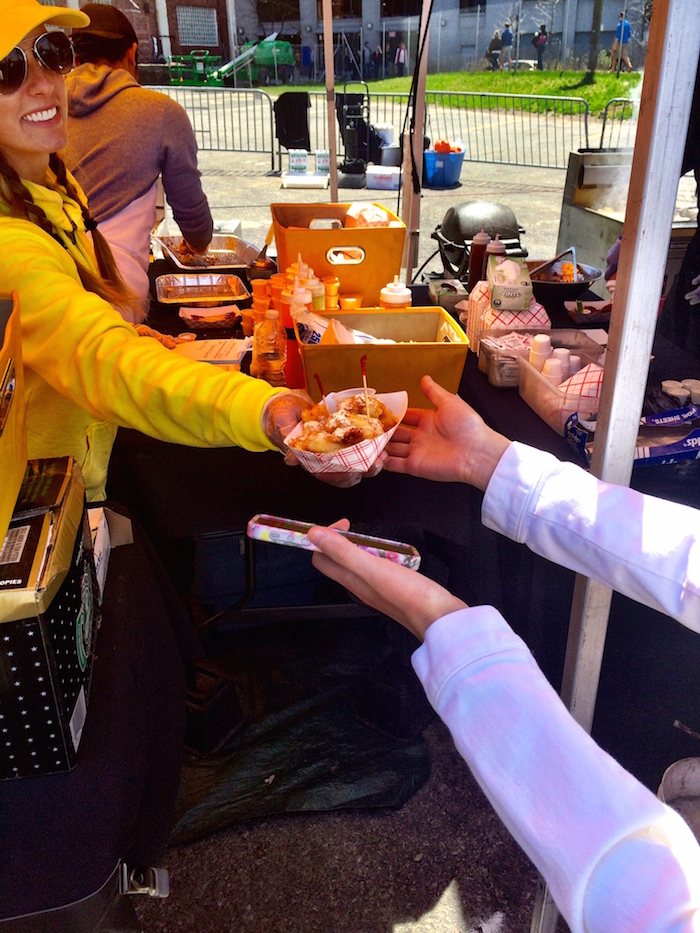 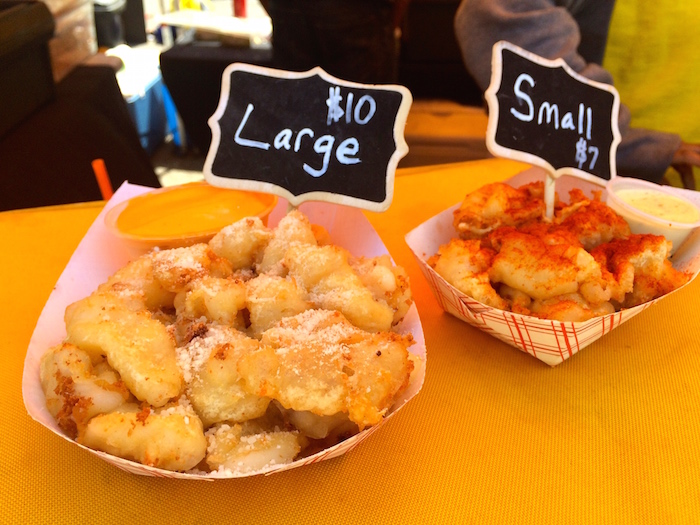 Sound a little weird? Well, it was totally awesome. This stand merges the traditional American hotdog with Asian inspired toppings. Asia Dog allows you to choose from a beef, chicken, veggie, or organic beef dog and then provides you with seven different topping combinations and two corndog options. They were really able to hold true to Asian cultures, using ingredients such as Kim chi, sesame Asian slaw, Chinese BBQ pork belly, and much more. Since their start in 2008, they have expanded to a few other locations including a brick and mortar location. Here’s where to find them. 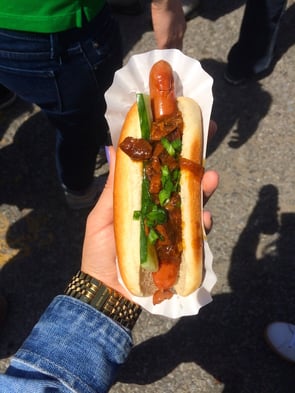 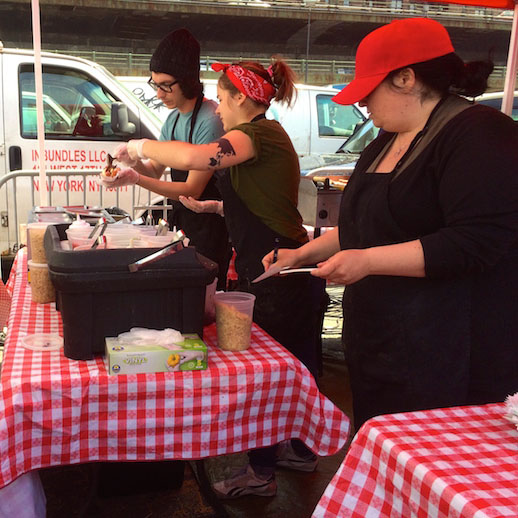 Jamaica is one of my favorite places in the world. I have travelled there five times and would quit school and live in a bungalow on the beach if I could. So you can imagine my excitement when I stumbled upon a Jamaican eatery with not one person on line waiting ahead of me. This stand served the most authentic food I had ever tasted, with a menu consisting of items such as Jerk Chicken, Oxtail, Festival, Irie Limeade and so much more Jamaican goodness. 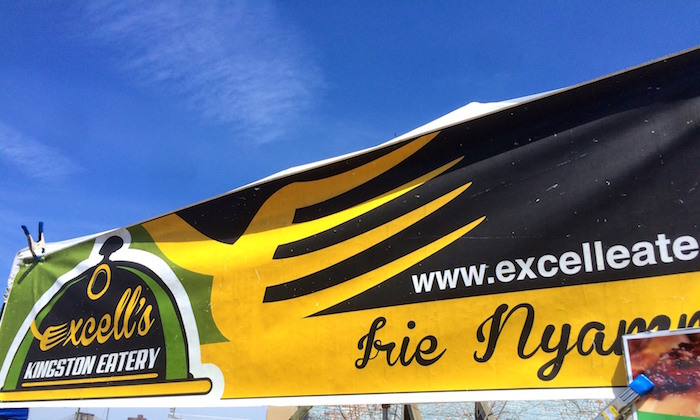 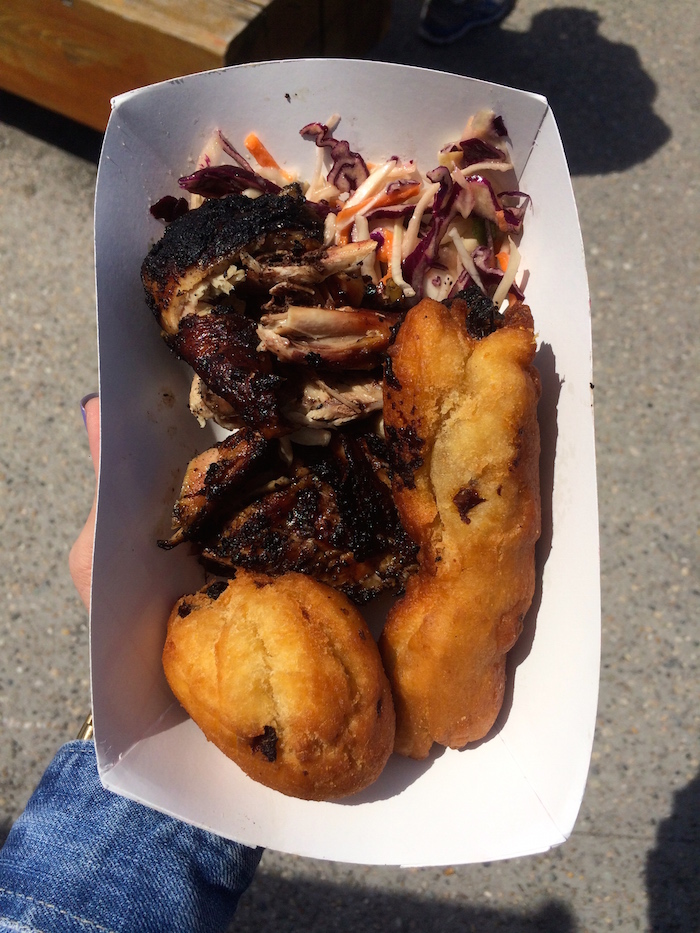 This stand is named after exactly what they serve – Cemitas. A Cemita is a 10-layer sandwich that is most commonly found around the streets of Mexico. This enormous sandwich includes: a bean spread, mayo, lettuce, onions, tomato, avocado, oaxaca cheese, chipotle, and then your choice of fried chicken, carnitas, chicken tinga, or Baracoa. (Woah). And as if all of that wasn’t enough, Cemita’s has a sister company, Head Over Meals, which is a catering company that has serves clients as notable as The Tonight Show with Jimmy Fallon and Warby Parker. 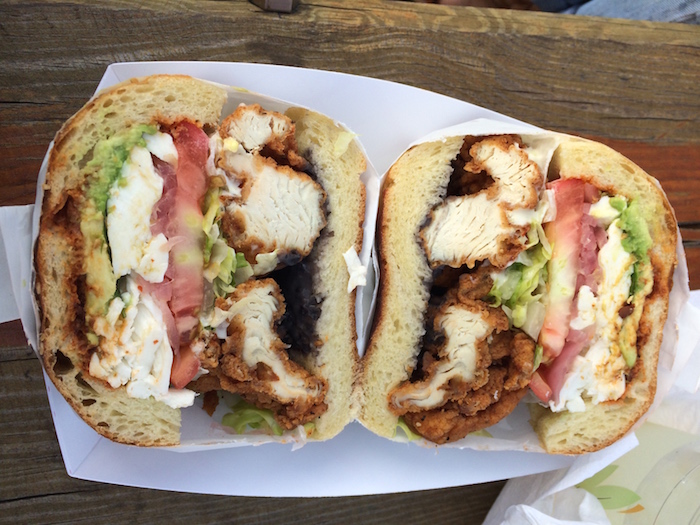 I found a real joy in the creativity and experimentation of different food and culture that street food allows for. Takumi Taco serves Japanese inspired Mexican food. Now, this stand had a small line, but with what I just told you about them, I’m sure you can understand why. Don’t be fooled by their name – Takumi taco offers salads, noodle dishes, nachos (my favorite), and even sushi rolls. It is a blissful convergence of both Mexican and Japanese culture. To get the inside scoop and learn more about them, watch their Takumi Promo Video. 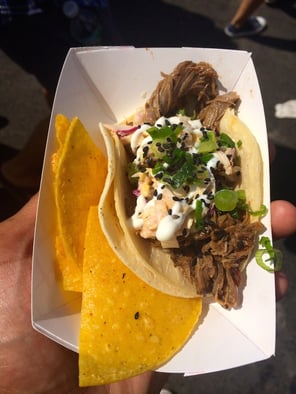 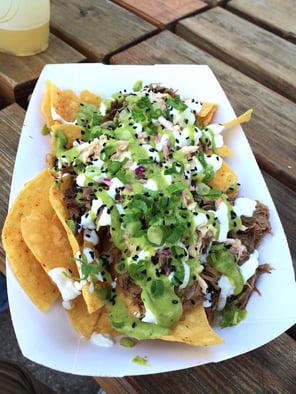 Also, below, are some of my favorite photos captured from this event: 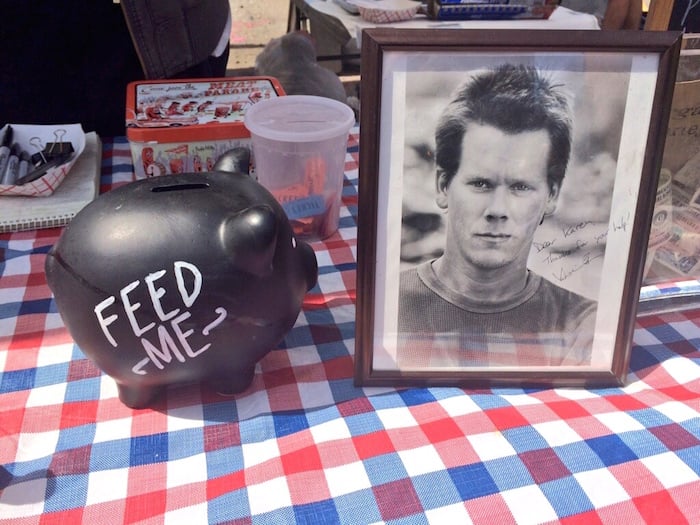 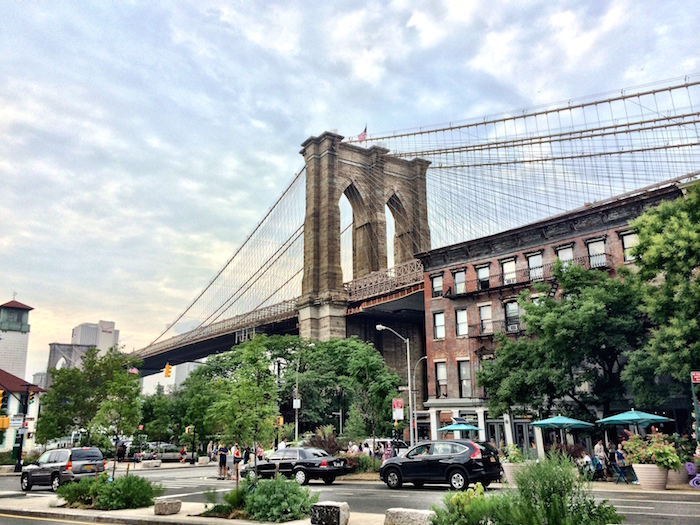 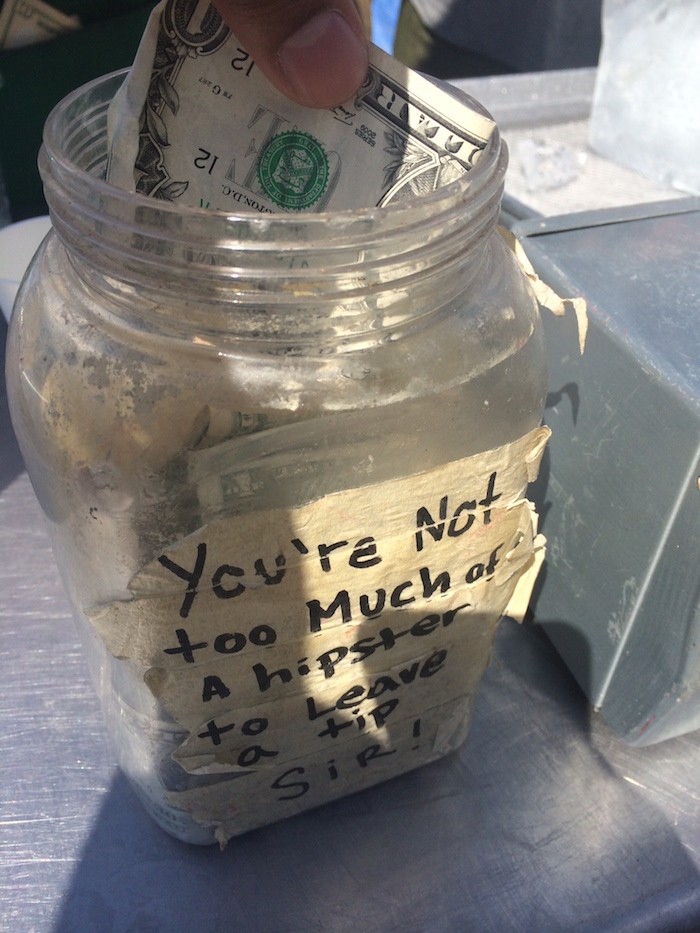 Still curious about snacks in the city? Read Part I of our Smorgasburg series!