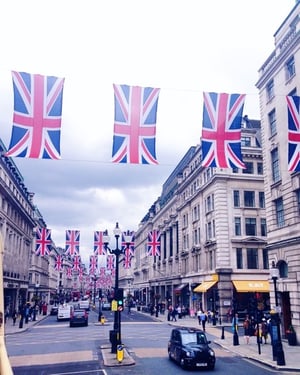 Our study abroad group had been conquering the streets of Paris for about a solid week now, so naturally we were pros at navigating European culture, right?

Well not quite… We were still nervous about the dangerous amounts of croissants we were consuming daily, our inability to properly pronounce the French dishes on café menus, and our laughable efforts not to look like tourists as we compulsively took pictures of every beautiful building or garden that crossed our paths.

So what was our next step to expanding our European horizons? A London trip of course! We booked tickets for a London bound train out of the heart of Paris and were off to have tea and crumpets with the locals for the day.

Our assumption was that if we went to a place with the same native tongue as ours, we would have an easier time adapting to the culture. We were New Yorkers for crying out loud! Wrong again.

Not only did we behave extremely touristy on our 12-hour adventure in London, but we also had a blast while doing it!

Upon arriving in London, we purchased tickets for the "Hop-on-Hop-off" bus tour of the city. This was probably the best decision we made the entire trip! Not only were we able to see all of London’s most beautiful and famous attractions before lunchtime, but we also got to experience them from an open-roof bus with hilarious tour guides.

We breezed past Big Ben, saw the changing of the guards at Buckingham Palace, and of course stopped at Oxford Circus for the amazing sales. I am ashamed to admit that a good 3-4 hours of our time spent in London was dedicated to the sales at Topshop, but then again, as fashion students, we could not help ourselves!

We not only learned so much about the beautiful city of London, but we also learned to take charge and navigate a foreign city with confidence. It was amazing to be able to compare the differences and similarities between such influential cities as London and Paris.

Oddly enough, London reminded us a great deal of New York. It had the same fast pace culture running through its veins, while Paris leaves a more traditional and artistic impression. If anyone were to ask us to pick our favorite between the two, we would declare that to be an impossible task! Both cities have so much beauty and history its foolish to try and compare them as equals.

After our whirlwind trip came to a close, we all reflected on our amazing experience on the train back. The gorgeous architecture and scenic views had blown us away! Hopefully one day we will be able to return and spend more time in this fantastic city. 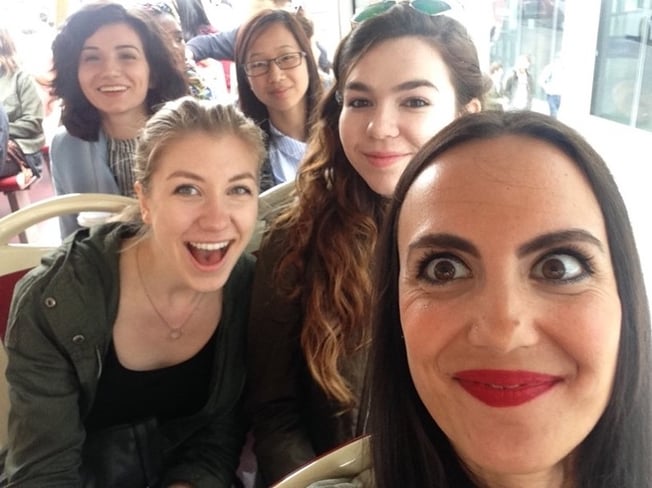