Two weeks in China saw us on a total of four flights (two international and two domestic), a train ride that reached speeds of 260 miles per hour and covered our 20 mile ride in 7.2 minutes, three different tour buses which we hopped on and off of 68 times, two private cars, seven taxis, four boat rides, two bicycle rides and yes, a rickshaw! The trip was action-packed and fun-filled with lots of laughs throughout five cities: Beijing, Xi’an, Hangzhou, Wuzhen, and Shanghai. 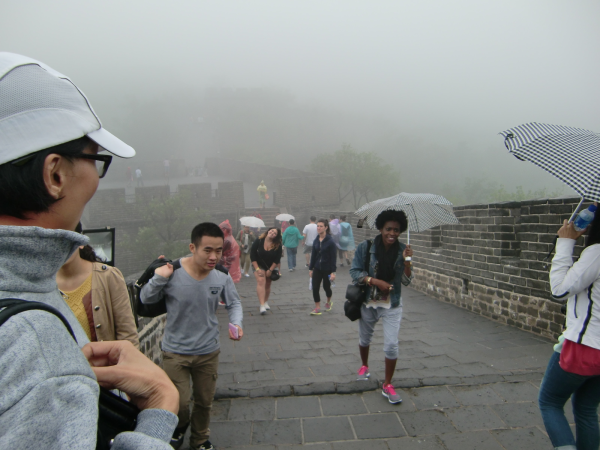 Landing in Beijing we made our way to the hotel via tour bus and met James, our Beijing tour guide who spoke perfect English and had a great sense of humor. Beijing highlights included Tiananmen Square, Forbidden City, Temple of Heaven, Summer Palace, Olympic Village and the Great Wall. To learn about the fashion industry in China, mixed in on the Beijing stop were visits to a pearl factory/showroom and the Cloisonne Factory, as well as a visit to the art district. Let the shopping begin! Safe to say, our little group helped stimulate the local economy.