Next stop was Xi-an, a two-hour flight from Beijing at 6:00 a.m. The reason to make this stop is to see the Terra Cotta soldiers. We spent one night in Xi-an in a hotel rated 4 star (not) with beds as hard as rocks, but we had the opportunity to see the Terra Cotta soldiers, which was priceless. The soldiers were first uncovered in 1974 by farmers drilling a new well. They had been buried for over 2,200 years! MJ, our guide, provided a unique perspective on this stop. 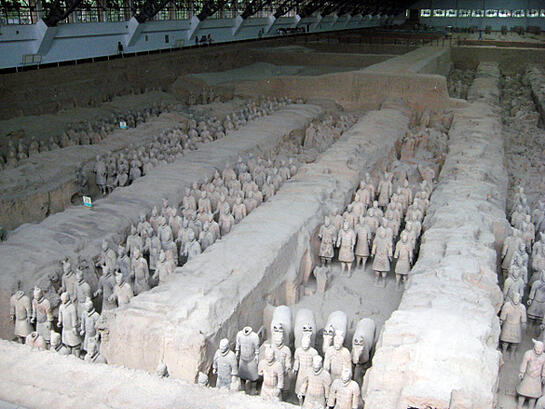 Another two-hour flight at a more reasonable hour brought us to an ancient city with much history. In Hangzhou we met our third and final tour guide, Thomas, who stayed with us for the duration. Hangzhou offered a more relaxed pace then Beijing and a better hotel then Xi-an. We visited ancient pagodas, climbed the steps to view one of the oldest Buddhas in China and took a Dragon Boat ride on a beautiful lake. A group of students also took in a beautiful (I am told) play which took place right on the lake, literally. A visit to a tea farm along with a tea tasting was quite a hit as we learned all about how tea is grown, picked and drank, as well as the many healthy benefits  Chinese tea offers. A visit to China’s National Silk Museum saw several of our fashion business students participate in a silk tie-dye project where they created beautiful one-of-a-kind scarves. 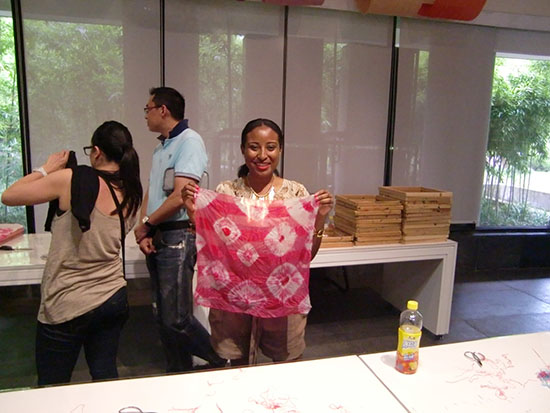