Thoughts on the LIM College China Trip: Part I 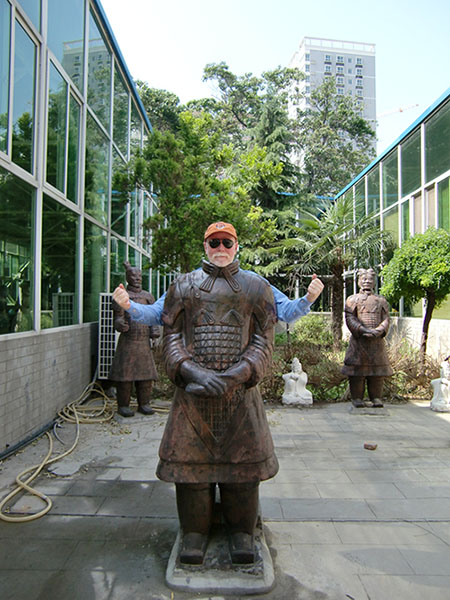 LEDs -- otherwise known as light-emitting diodes. China has a fascination with LED lights. They are everywhere. On top of taxi cabs, affixed to historical buildings, skyscrapers, rickshaws -- you name it and you will find an LED. I pity the person who is susceptible to seizures from light stimulation. Peering out of my hotel room I could see them all over the place and every light appears to be blinking on and off and on and off. Even the façades of some apartment buildings are adorned with LEDs, for no apparent reason.

Money – RMB, also known as Yuan, is trading at 6.15 to one U.S. dollar, so cashing in $100 you walk away with six hundred plus RMB. When shopping it’s a challenge to try and figure out just how much you are spending.  Of course, everything is negotiable and to not do so is almost an insult. At times it feels like you are playing with Monopoly money, so you need to be careful, as many on the LIM College trip had to buy extra suitcases to travel back home!

Cars -- they are everywhere! Think about a society that woke up one day and 400 million people started to drive who did not drive the day before. I did not see any AAA driving schools. Drivers cut you off and change lanes and run you over any chance they get (more points for foreigners), so it was evident that driving schools don’t exist. I don’t even know if you have to take a test to drive and get a license.

The explosion of auto ownership has caught the attention of the government, and in both Shanghai and Beijing to help cope with the problem of pollution and congestion before you buy your car you must now buy a license plate from the government for about $10,000 U.S. dollars. That is the new cost of entry to auto ownership. Buy a plate and then your car for I don’t know how much. Leasing is a foreign concept in China, as most people prefer to pay cash, which is understandable given the history of the government.  How do you think the policy of buying a license plate would go over here in the U.S. where it is not uncommon for a family of four to own four or more cars?