Never did I think I would find myself traveling to Berlin. Maybe one day I would have, but I didn’t think I would have this amazing opportunity to travel with friends and faculty from LIM to another country all at the age of 20!

Before I left for our CCA trip, friends and family were telling me that Berlin is not like a normal German metropolis and that it’s actually very much like New York City, since it is very metropolitan. For a city with 3.3 million people living in, it, it was surprisingly… quiet. Certain areas would be empty while others would have some tourists. It’s nothing compared to Fifth Ave. and Times Square. It most definitely did not feel like NYC.

And although it is a quiet city, it’s still very different from other parts of Germany. Berlin is definitely a city of business, with stores on every corner and an urban set up. So now to all the people that told me what it would be like; you’re wrong. I’m sorry.  You will just have to go and see it for yourself… then come back to me and we can discuss the great time you had in Berlin!

We all know Berlin because of the history of the Berlin Wall. While we were visiting I was reminded that East and West Germany were only reunited 25 years ago, which really is a short time, if you think about it, to recover from such a harrowing history. Today you can still see the differences between each side of East and West Berlin,  as well as a brick path that shows where the wall once stood.  Our two tour guides both grew up on different sides of the wall, which was an amazing story to hear. What is great now is that even though they grew up on different sides, the city is one again and the people of Berlin are so appreciative of the beauty their city has to offer.

I really enjoyed the food, culture, history, and beauty of Berlin, and you can’t forget the amazing German chocolate! I would highly suggest you visit and I hope to return again one day, as well as visit other parts of Germany! 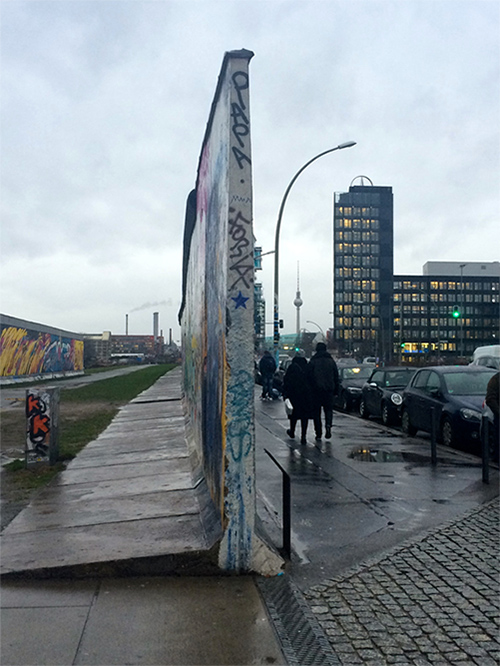 It is crazy to think that a wall could divide a city. Imagine the East side and West side of Manhattan being divided! 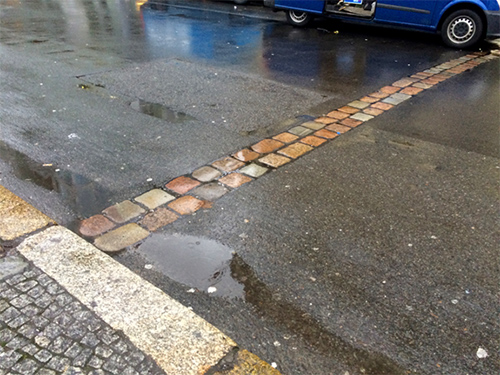 Where the Berlin Wall once stood. You can find brick paths like this throughout the city 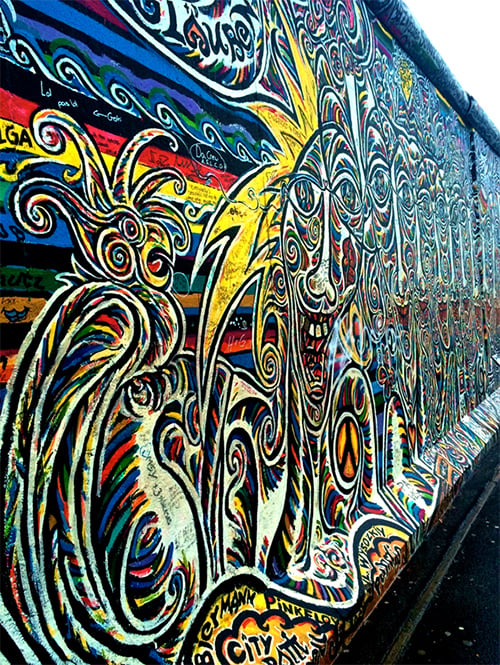 East Side Gallery, Berlin Wall - The art work on the wall was beautiful to see. Each section told a different story. 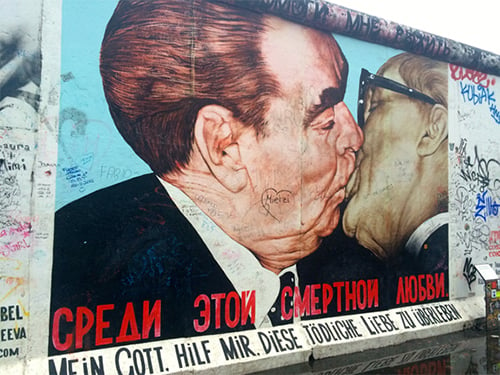 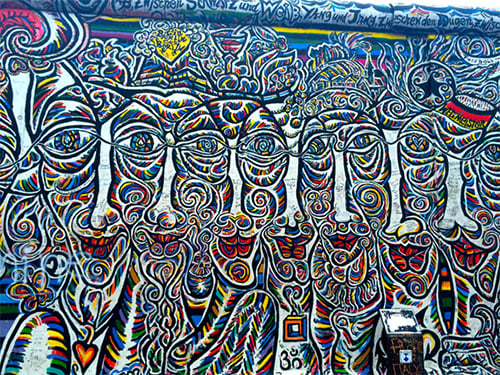 Some of my favorite pictures and cultural finds from Berlin 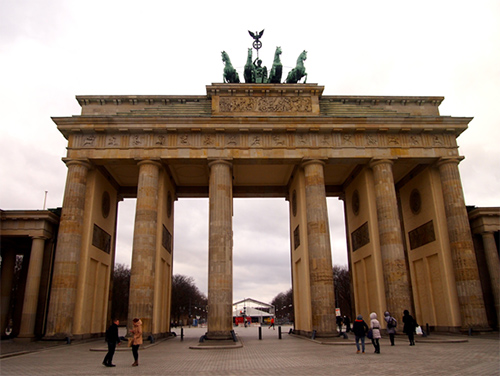 The Brandenburg Gate was once the entrance for Royals into the city. 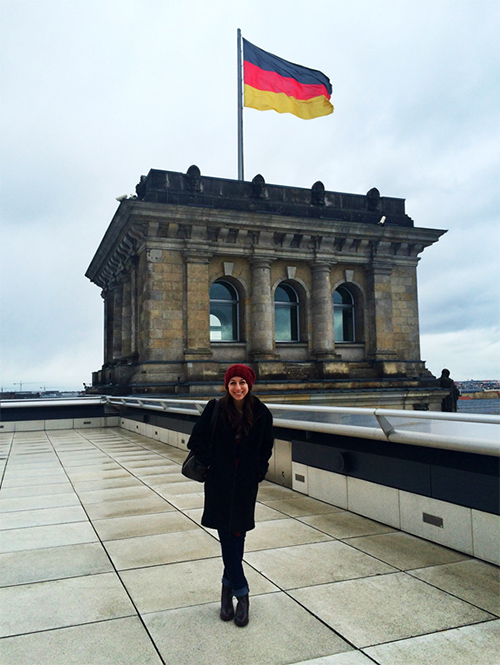 Me on top of the Reichstag. 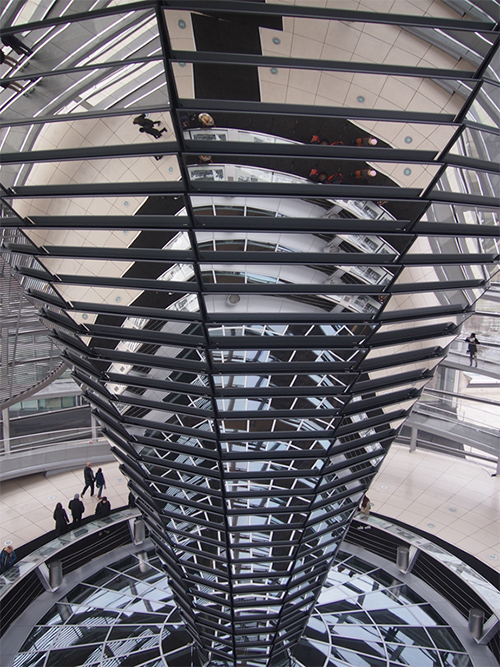 View from the inside of the dome at the Reichstag. The panoramic views of Berlin as you traveled higher and higher around the dome were incredible. 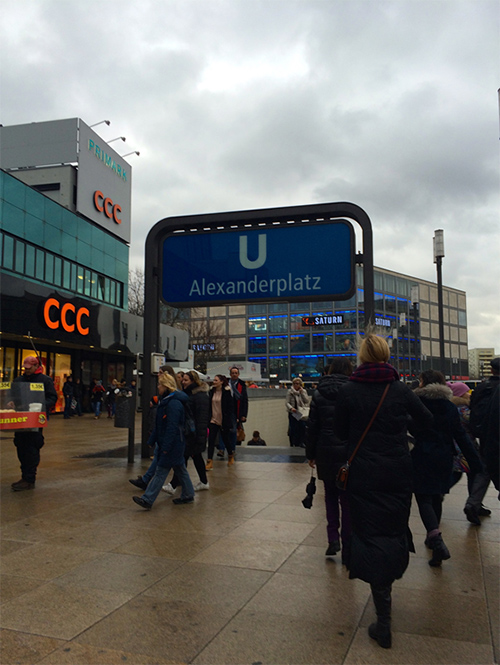 If only NYC subway signs were this easy to find! 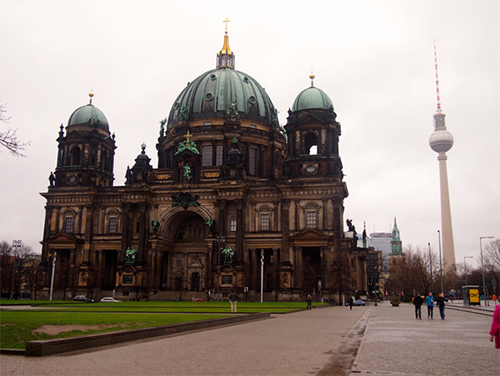 The architecture was breathtaking. Everywhere you went there was another building with amazing detail and views.

Lion statue at Gardenmarkt -  I really love old animal statues. The detail in them is amazing. I especially love lions because I see them as guards and a symbol of protection when they are put in front of buildings. 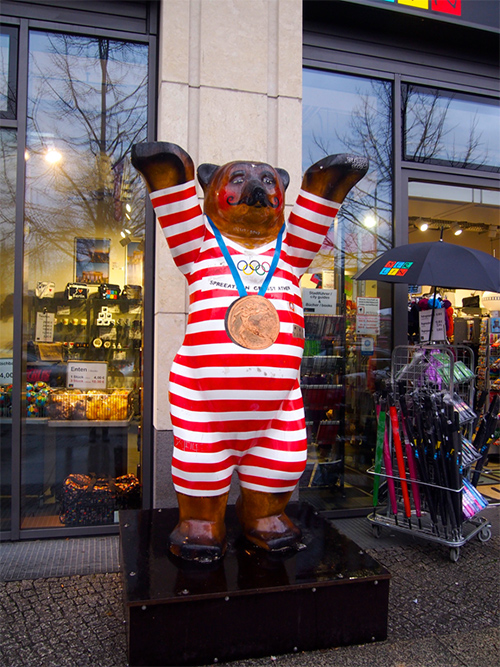 Bear statues that were dressed and painted differently were found all over Berlin. Each city in Germany has a different symbol/animal that represents it and for Berlin it is the bear. The bear is seen on their coat of arms and flag. 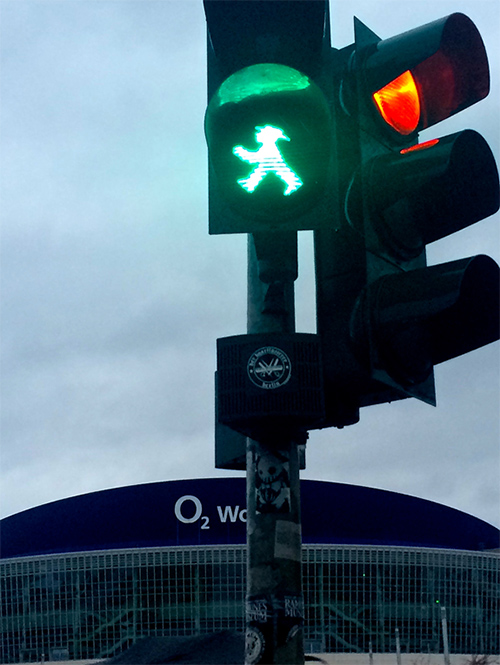 How cute are their stoplights? The little traffic light man, known as the Ampelmännchen, is something that is unique to the East side of the city. The traffic lights are different on the West side.