For a weekend trip, we adventured off to Berlin, Germany! We were lucky to have a beautiful weekend in Berlin. It was my first hostel experience which was quite scary at first but the Grand Hostel Berlin turned out to be surprisingly very nice. After checking into the hostel we went off to have brunch at a cafe called Lentz, as it was such a beautiful day outside.

Berlin is an exciting city with tons of different architecture which makes it hard for me to compare to any other big city I have been to. The subway system is completely different than New York City and London. You purchase your ticket while you are on the platform rather than before and there are no turnstiles to get in or out. People are free to walk in.

During our stay in Berlin, we went on the New Tour. It was a free three-and-a-half hour walking tour. They have them in other big cities as well. The guide gave us background on 800 years of German history. The tour covered places such as Pariser Platz, The Brandenburg Gate, The Reichstag, The Memorial to the Murdered Jews of Europe, The Berlin Wall, Checkpoint Charlie, and Bebeplatz. We left Berlin with knowledge of the German language such as "Nein," which means no, "Entschuldigen Sie" which means excuse me, and "Danke" which is thank you. 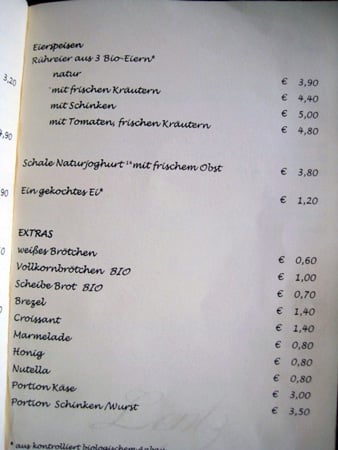 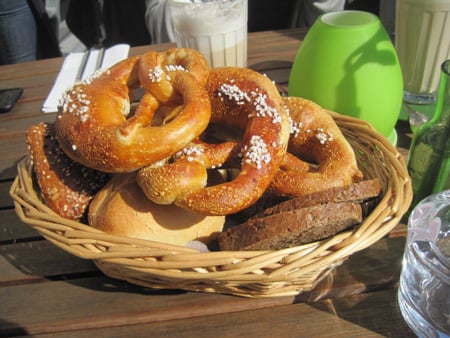 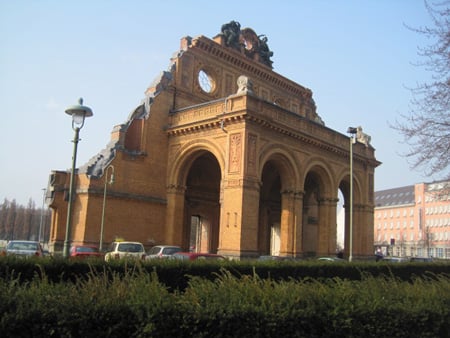