LIM College Students Abroad: A trip to Naples and Capri 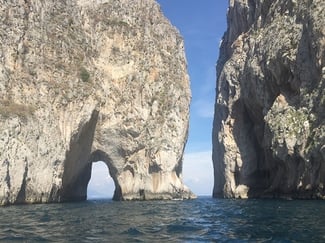 My roommates and I decided to be spontaneous one weekend and take a day trip to Naples, where we ended up on the Island Capri! This was such a great time.

We pre-booked a train ticket to Naples, which was about a little over two hours by train. We then took a cute little ferry from Naples to Capri. It was a bit pricy and cost about 40 euros round trip. The ferry was just about an hour long. 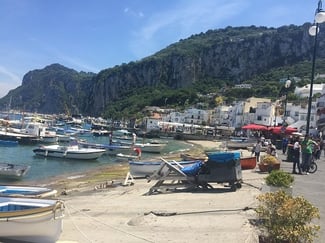 Stepping off the boat, we were were all amazed at how beautiful Capri was. We had the hardest time figuring out if we were dreaming, or if it was real life!

Getting off the ferry we ended up at a boat rental place where we rented a boat for two hours and were able to go around the entire Island. This was so much fun! We were able to anchor our boat, and swim through caves, and climb up and down the side as we pleased. We all had a blast! We all had so much fun that we decided to spend an extra hour on the boat which cost an additional 30 euros.

The total between the six of us for three hours came out to 25 euros each, which was well worth the price. The views of Capri were so beautiful. You would think that by being there that you're inside a postcard. We were all so sad to leave Capri, but we had to make it back to Rome for school on Monday. 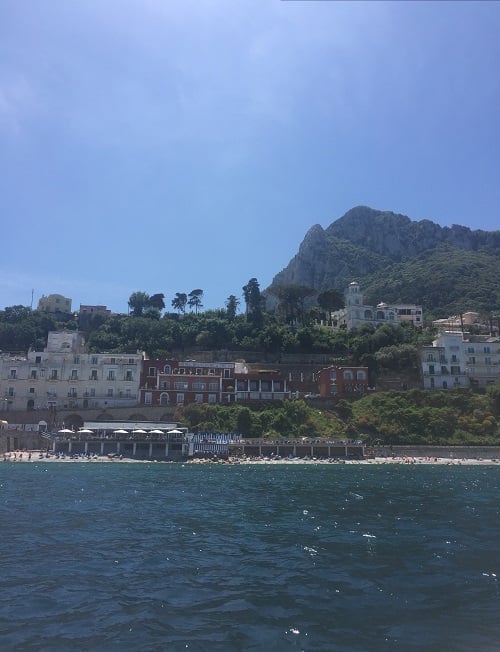