I have never felt the peace that indescribably consumed me at St. Peter’s Cathedral which is what I, along with most Roman Catholics Italians, believe to be one of the most sacred and holy places in Rome. It is so sacred that it is considered disrespectful to bare your shoulders or your knees while in the Cathedral. 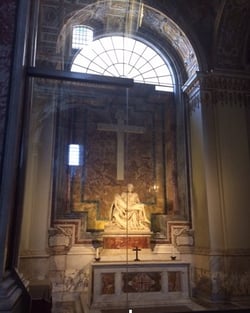 St. Peter’s is the final resting place of some of Italy’s most famous popes and it has some of the most breathtaking mosaic art. I have visited this cathedral once before when I was younger on a family vacation, but I’ve never appreciated or looked at it the way that I do now.

Not only is it a main tourist attraction in Rome, but a place where many Catholic masses are held out in the square and the Pope preaches from an second story window located in the right wing of the cathedral, which is also his private office. My peers and I were fortunate enough to have an exceptional and knowledgeable guide that was so passionate about this incredibly inspiring cathedral.

Our tour was about three-and-a-half hours so it was difficult for me to remember everything the tour guide was saying, especially while I was mesmerized and captivated by the architecture and art that surrounded me. 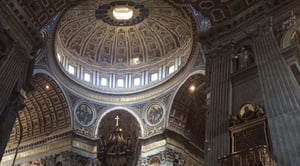 However, one thing that stuck with me was that every pope changes his name with the exception of one in the past who had the desire to keep his name and he died very shortly after being elected. Since then no other popes have not changed their name because they believed it to be bad luck not to. 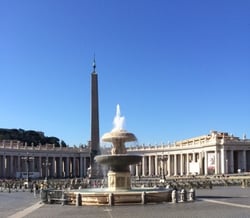 Primarily, he says things about the Catholic Church which most people know to be true they just choose not to acknowledge or talk about it. In my opinion he is admirable for being completely honest and real and he is trying to make things that weren’t open for discussion in the past something that is no longer whispered about.

Overall St. Peter’s Cathedral is like nothing I have ever seen before. I mentioned before that I have visited it in the past, but the difference between then and now is back then I was just looking at it and now I am seeing it for what feels like the first time. 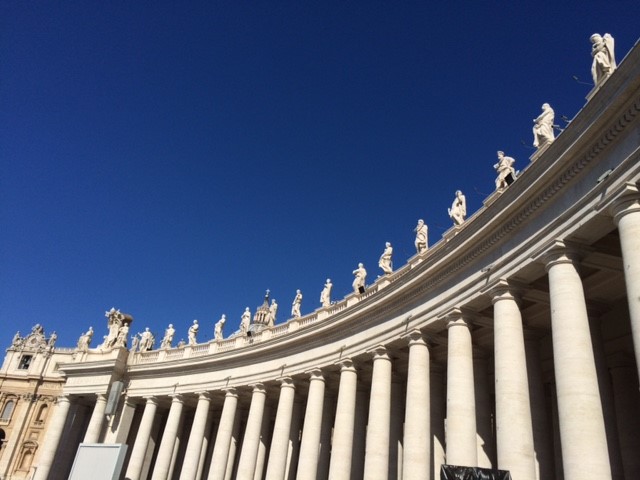