Interview Experience: A Not So Good Interview Lands an Excellent Job 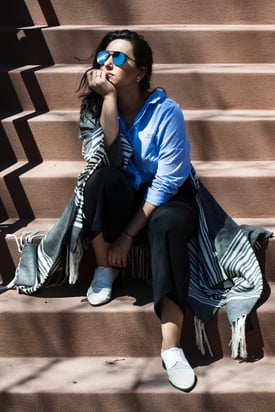 Last semester, I had the best internship experience that I could have ever have imagined. I never thought I would get the position since I kind of messed up the interview. Let me tell you what happended!

I was searching for an internship and I couldn’t find any companies or positions that were appealing. Finally, I got an email about a company that I admired that was offering a position I was genuinely interested in. A long weekend later, I was on my way to their office for an interview.

Like any other interview, it opened with the “Tell me about yourself” question. For me, that's the worst question ever, which seems to be included in every interview. After my 45 second personal pitch, the interviewers started talking about the responsibilities of the intern they wanted to hire. They talked for about 15 minutes and concluded with asking if I had any questions for them. Cue: confused face and nervous chuckle.

In their extremely thorough explanation of the daily activities and responsibilities, I was left with very few questions to ask them, and ended up asking if they had any questions for me. (In retrospect, I guess I could have asked them some questions reiterating what they had said to make it look like I was checking that I understood all of what they had to say. Hindsight is 20-20! But, next time I will know what to do.)

In the end they asked me one question. Just one. Nervously, they asked the most generic question ever. “So you’re in grad school, what do you want to do after you graduate?” As much as I wanted to give them a generic answer, I gave them a five-minute presentation about my involvement in CSR and how this position would help me get where I want to be next few years.

As I walked out of the building, really confused about what had just happened, I suddenly got the offer. I broke all the rules and accepted right away because the paperwork had to be submitted in three days. I started the following Monday, and ended up having the time of my life.

So, sometimes, weird interviews can lead to life-changing experiences.