It was the late summer of 2015 when Pickler & Co started to become a known presence in Midtown East, which was a big step for lifelong friends Eric Haber and David Lowenstein. This also wasn't the first time they've worked together in the food industry.

The name originated from their previous venture where they had introduced pickled onions to the menu. David began calling Eric "The Pickler" because of Eric's fondness for preparing the pickled onions and Batman comics, which features famous villains like the Riddler and the Joker.

As pickled food is a major part of the menu, they stuck with the name. It’s simple, memorable and representative of the concept. 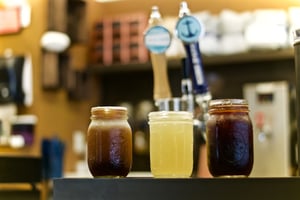 It hasn’t even been a year since they opened and they’re already two to three years ahead of their projections, and managed to triple their business within eight months. Due to health reasons, Eric had to step away from Pickler & Co and it’s currently managed by David and his team.

Pickler & Co’s purpose is to provide consistently great products and service to their guests and each other (team members). The main thrust of their business is to provide a high-end option in terms of ingredient quality and preparation, and do so at a price point that is equitable for New Yorkers of all income levels, from poor students to wealthy business people. 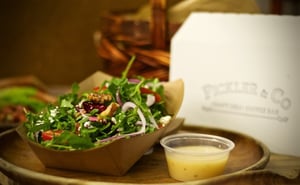 Clearly, they found a formula that works as they’ve had to limit their catering service and stop delivery due to the high volume of business. Reputable food critics have also published articles about their breakfast sandwiches and Reuben sandwich, which are rated among the best in the city. Additionally, Pickler & Co is one of the highest-rated businesses in their category on Yelp. All this while having scaffolding in front of the building and no signage.

Although the business is a separate entity from LIM College, its location gives LIM students special access from a window between the Maxwell Hall Student Center and Pickler making David, Connie, Angel, Jinny and the rest of the team a part of the daily routine for many LIM students. The Pickler has become a staple at campus events and has even acquired a regular crowd. The business has had support from Mike Donahue, MT Teloki, and Jonathan Abreu and his facilities team. 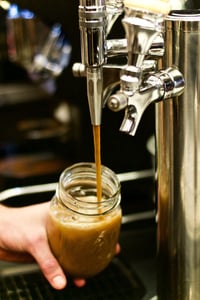 The first year hasn’t come without any challenges. In addition to the day-to-day headaches of a restaurant, such as equipment breaking down and supply issues, as well as kitchen mistakes and staffing mishaps, the owners also had to deal with controlling growth (which meant saying no to huge potential revenue).

David and his team have managed to create this highly successful business without putting a considerable amount into marketing. This shows that with great food and a strong focus on customer service, they have established a business strong enough to stand on its own. The customers are happy, remain loyal and they return with their friends and colleagues.

All photos by Edel Singh