The Wage Gap in the Fashion Industry 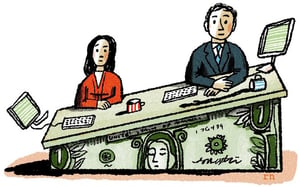 Though the fashion industry is predominately female, gender wage gaps are still prevalent. A wage gap is the average disparity between what men and women earn.

America has the thirteenth highest pay gap in the world! The Census Bureau conducted a survey that analyzed both men and women who worked the same full-time jobs and found that women only make seventy-nine cents for every dollar that a man earns.

And while there are a lot of women in the fashion industry, most top positions at companies, such as CEOs and other executive careers, are held by men. Out of all the CEO positions that there are, only about 1.7% of these positions are held by women. Browsing at the top twenty highest paid fashion executives, there are no women on the list. 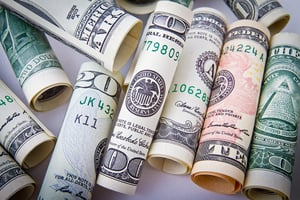 Even in the retail sector of the industry, equal pay for women is not a given. On average a woman in retail will earn $10.58 an hour and a man performing the same job will make approximately $14.62. This means that a female salesperson would have to work an extra 104 days to equate to the annual salary of a male salesperson with the same position.

However, there is some hope. People and organizations are working on solutions to promote equality. For example, this past summer, there was a conference held at the White House called the United State of Women Summit.

The goal of the conference was to “rally all of us together to celebrate what we’ve achieved and how we’re going to take action moving forward. Covering key gender equality issues, we’ll make a powerful difference in our collective future.”

The outcome of this influential event was the White House Equal Pay Pledge. Twenty-eight companies signed the petition including many fashion companies such as Gap Inc., Rebecca Minkoff, Nike, Patagonia, and Stella McCartney.

The contract states that the companies will conduct an annual gender pay analysis and will re-access hiring and promoting processes for equality. The fashion industry is embracing the petition and setting an example for other companies to join the movement.

For many decades, women have fought for the right to be equal to men. The wage gap is one of the last injustices that women face today. The White House Equal Pay Pledge is a step forward to empower women. Working cohesively, the fashion industry can succeed in closing the wage gap and providing equality for each member of the workforce!