Did you know that an average of 4.9 million people ride the New York City subway each weekday? The subway system in New York City is quick and efficient, and it’s a very convenient form of transportation for everyone making their way through the big city, including LIM students. Although it may seem overwhelming and a bit confusing at first, the subway system is easy to get used to. 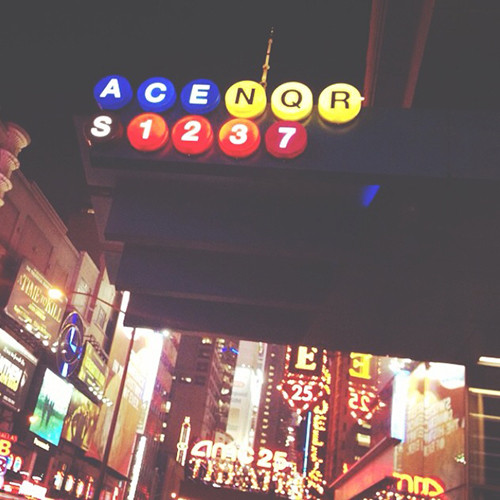 First, if you have a smartphone, I recommend downloading one of the many available apps, such as NYC Subway, which has a map with all the routes and features that can help you figure out how to get where you need to go. This map shows you what train stops at what station, which helps prevent the mistake of getting on an express train when you should have taken a local.

Once you are in the correct station, there are signs that indicate exactly where each train is. Usually, you just need to look for the letter or number of the train you are taking and there will be arrows that point to which direction to walk in to get to the right platform, then you’ll see signs for uptown or downtown service.

Before you enter, you have to purchase a MetroCard, which you can obtain from machines located at every subway station. They take cash, credit and debit cards. A one-way ride on the subway costs $2.50. I would recommend getting a monthly subway pass. It costs about $100, but gives you unlimited rides for a 30-day period which ends up saving you a lot of money, especially if you use the subway instead of taking cabs.

If you are living in the LIM residence hall, getting to class is easy. You are just around the corner from the 6 train, which you take downtown to Grand Central. Grand Central is just a few blocks away from the Maxwell Hall and 5th Ave buildings.

Whether you’re using it to get to class or to explore the city for fun with your friends during the weekend, the subway is so useful and can get you anywhere in the city safely and quickly. Once you’re here studying fashion and business in NYC, you’ll be a subway pro in no time!