Why study fashion anywhere else than the fashion capital of the world – New York City - home of New York Fashion Week? During my freshman year, after only being at LIM for about a week, I already had access to sign up for opportunities to volunteer at major fashion shows during New York Fashion Week!

I was able to work for a PR company that helped set up fashion designer Pamella Roland’s show. As guests came in we greeted and directed them, which was super-exciting, because there were several familiar faces, including Real Housewives of New York Ramona Singer and Sonja Morgan. As the last round of the show was coming to an end, we got to go in and watch a portion of the fashion show ourselves.

About a month later, I volunteered at New York Bridal Week. I worked with a PR company from Los Angeles. It wasn’t until the end of the day that I realized the lady who I had been chatting with was the owner of the whole company! 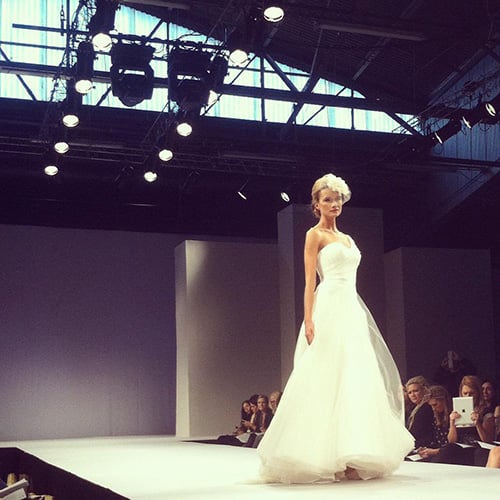 It was a fabulous networking experience, especially considering I want to move to Los Angeles after getting my fashion business degree. I set up the seating and sat guests at two shows that day. I also helped out with assembling goodie bags and helped backstage with the models. After everyone was seated, I got to see the whole show. Big fashion events like these are such incredible learning experiences that you won’t get anywhere else.