Best in Show for Dogs and Models? 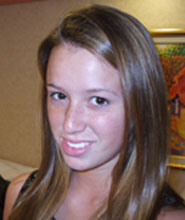 The Westminster Dog Show has been a prestigious event held in New York City since 1877.  This event, much like Fashion Week, draws a lot of attention. Instead of modeling couture clothing, each contestant models their fur, teeth, and stance; the dogs strut their stuff, perform various tricks, and pose in hopes of winning best in their category. In addition to the dogs performance, each owner or handler does his or her best to present themselves, dresses to impress, and puts on a smile.

However well the dog performs, the owner must ensure that he or she is also unruffled in this showcase, since much attention is on them as well. The judges for these shows aren’t merely judging the animals against one another; they are judging based on an idealized version of each breed. The criteria for this judgment includes the dog’s weight, height, eye color and shape, coat texture and length among many other qualities valued in a particular breed.

Is it a coincidence that these criteria are so similar to those used to critique people on a daily basis? Commercials, magazines, and advertisements idealize the “perfect” look simply as a marketing tool to capitalize on one’s insecurities. The idealized version of a male or female is only attained by a few because it is an unrealistic appearance; yet such a look is sought after by the masses. Much like the Westminster Dog Show, there is only one winning outward appearance with many runner-ups. To the public eye, there is also only one acceptable appearance, while the rest are runner-ups. No one is perfect, and no one should be subjected to judgment based on unobtainable criteria.

The world’s largest and one of the oldest dog shows