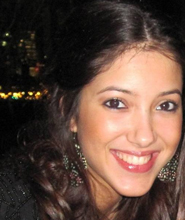 Who doesn’t love the glittering, Chihuahua-holding, Barbie-doll pretty, American socialite Paris Hilton? Since the moment this fabulous Goldielocks was able to stand on her own, she has been strutting her way to the limelight. The sex-tape episodes and arrests for driving while intoxicated have not driven her fans away.

During her troubles she received phone calls (no, not just from the hacker who got a hold of her "contacts" and played pranks with them in a well-known incident), email, and postal mail offering encouragment and love. Let's face it. We all love her even through her scandals and she loves us for it. So, no worries America. This diva won’t be disappearing anytime soon and as far as we’re all concerned… “That’s Hot”.

A sampling of I Love Paris images and videos

To sample hate videos about Hilton posted on YouTube