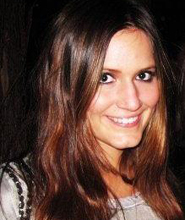 Let’s face it girls and boys, we live in one of the biggest cities in the world and not every guy who buys you a drink at a bar is going to be a nice one. According to crime statistics released by the NYPD, there have already been more than 250 rapes in New York City this year. According to the FBI, only 37% of all rapes are reported to the police. Don’t let yourself become a victim.

Tracy Whittaker was tired of living in fear and took the initiative to help protect others worldwide from the date rape drug by creating a secret weapon – in the form of a lip gloss. “2 Love My Lips” is a United Kingdom based cosmetic company founded by Whittaker that has released a lip gloss that comes with a test strip that will immediately detect whether your drink has been spiked with GHB (Gamma Hydroxy Butyrate), also known as Liquid E and Ketamine (Special K). The gloss comes in five shades along with a lip plumping formula. The gloss can be ordered online at 2lovemylips.co.uk.

Now, as brilliant as it seems, the process of detecting the drug is a bit tricky and there are a lot of restrictions – but this product is certainly a step in the right direction for safe dating. Upon receiving your drink, discretely dip your finger, straw or mixer into the drink then, drop the liquid onto the strip. The test works on alcoholic and non-alcoholic drinks. If the strip turns blue after a few seconds, your drink has been laced with a tasteless, odorless drug that will put you in immediate harm. Find a way to get away from the purchaser of the drink and alert the police, manager or security.

However, keep in mind that this juicy secret cannot detect date rape drugs in wine, milk, tonic water or drinks mixed with fruit juices. The kit also does not detect Rohypnol, otherwise known as roofies. However the two drugs it does test for are equally notorious date rape drugs. It is always safest to receive your drink directly from the bartender or waitress. Keep in mind that date rape drugs are often colorless, tasteless and odorless and are intensified when mixed with alcohol or other drugs. These narcotics have a quick reaction and it can take only 15 minutes before you become incapacitated.