What "mad" costumes have inspired for more than a century? 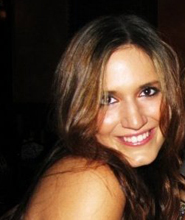 Tim Burton’s Alice In Wonderland has migrated from theatres to Netflix and the media blitz to promote the film and spin-offs that absorbed most of a year have faded.  But Lewis Carroll’s tale of a supernatural world has influenced everyone from economists to animal-rights advocates for more than a century. Now that the hoopla is over it is a good time to examine this latest retelling of a story that is far more influential than the Harry Potter or Twilight books—but specifically from a fashion perspective.

The curiouser and curiouser tale of Wonderland has been a favorite of mine since childhood, and I have repeatedly taken inspiration from the singing flowers and the madness of the very mad hatter. The movie has been a favorite of the entertainment industry for a long time as well. There are at least thirteen film versions and numerous stage-play and opera versions. Gwen Stefani added Harajuku girls to her Alice-themed video, and Tom Petty dressed as the Mad Hatter for his hit song "Don't Come Around Here No More.”

But Burton’s film involved a more elaborate tribute to the original story in the costumes created by Colleen Atwood, who is known for extravagance. She was also behind the wardrobe of another of my favorites films, Nine, an adaptation of Fellini’s Eight & 1/2 . Atwood won Academy Awards for Chicago and Memoirs of a Geisha and has been nominated for the award on six other occasions. She has also collaborated with Tim Burton, Helena Bonham Carter and Johnny Depp on projects such as Sweeney Todd, Edward Scissor Hands and Big Fish. For Alice in Wonderland, Atwood drew inspiration from Sir John Tenniel’s original illustrations for the 1865 edition of the story for her designs, and avoided later adaptations of the costume, according to WWD.com.

Alice begins her adventure down the Rabbit Hole in a historically accurate blue fitted dress with a bell skirt and dainty fingerless gloves, somewhat in contrast to her disheveled girlish hair. That dress, which she wears when she first tumbles into Wonderland, retains its size each time her body grows or shrinks under the influence of magic potions and cakes. However, in the original drawings of Lewis Carroll’s book, Alice’s dress shrinks and grows with her. Atwood was able to play with the shape and fabric of the dress by imagining the ensemble ripping and tearing as Alice quadrupled in size.

Even though Alice shrinks and grows throughout the story, she and her costume remain “human,” while the characters of Wonderland are all a bit barmy and dressed in ways that suit their natures. For example, the crazed Marsh Hare’s clothes are elegant but also ripped as a result of his outbursts and tantrums. Appropriate to his opposite and proper personality, The White Rabbit keeps his famous watch and waistcoat compulsively clean, but is always dressed for madly rushing around worrying all the while.

When Alice shrinks while she is hiding from the Red Queen’s army inside the Mad Hatter’s tea pot, the Mad Hatter, played by Johnny Depp, takes a strip of the fabric from Alice’s original dress to create a teeny tiny, sultry cerulean dress. Alice certainly gains back her “muchness” partly by way of the changes in her costumes as she journeys through the rabbit hole, survives an encounter with the Bandersnatch, attends the mad tea party, visits the singing floral garden, escapes her confinement, and dresses in glittering armor to fight the Jabberwocky.

Atwood’s other costumes also reflect the original elaborate Tenniel illustrations. My other favorite costumes are for the Mad Hatter, the Tweedle twins and the Red Queen. The oversize bowtie that Burton’s Hatter wears is nearly an exact replica of the original illustration, but made even more magical because it smiles and frowns along with the Mad Hatter. Atwood also cites the accurate historical dress of hat makers in London in the Victorian era, who did in fact sometimes suffer dementia because of the poisons they inhaled from the glue and dyes they used.

Another one of my favorites are the oddball twins, Tweedle Dee and Tweedle Dum. In Tenniel’s drawings they wore chest-high pants over their perfectly round bellies with matching bow ties over striped shirts and caps. Atwood’s adaptation seems to be a bit more like The-Addams-Family-in-Prison. She chose black and white striped shirts and socks and bald heads, omitting my favorite piece of their original look…the tiny hats.

For the Red Queen, Atwood nods to the original Queen of Hearts by making the Red Queen’s favorite symbol the heart and her favorite colors red, black and gold. Rather than having the Red Queen wear the actual Queen of Hearts card as her ensemble, the heart symbol is instead seen throughout her costume, from the shape of her hair and lipstick to the details on her dress. Her dress resembles aristocratic Victorian formal-wear, with a nipped waist and high dramatic collar. Rather than the original, rather butchy look, Burton and Atwood created an intimidating yet feminine character.

The ever-inspired wardrobe, and even the illustrations partly behind them, will now more quietly influence upcoming trends. After all, “We’re all mad here. I’m mad. You’re mad.”

To hear designer Atwood discuss her costume creations in a behind the scenes segment:
http://www.aliceinwonderlandmovie.org/2010/03/alice-in-wonderland-costume-special/

How the Alice stories have influenced pop culture
http://www.cleveland.com/movies/index.ssf/2010/02/alice_in_wonderland_creations.html