You Say You Want a Revolution? 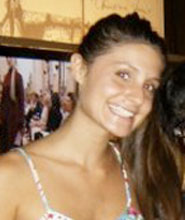 The Republican Party had, as one of its earliest goals, the limitation of the extension of slavery to the new Western states and territories before the Civil War. The first Republican campaign stressed that at the heart of America was the independent farmer, as reflected by the slogan of the unsuccessful presidential campaign of John C. Fremont, “Free Soil, Free Labor, Free Speech, Free Men, and Fremont – John C. Fremont.” This belief carried over the views of the Free Soil Party, which joined the former Whig Party and others to create the Republican Party. Republicans have often called for low tariffs on trade, low taxes, and protection against foreign competition as the best way to help small American businesses. I am a strong supporter of the Republican Party platform and their passionate belief that their policies will help businesses thrive in the long term.

During the last three years, the rise of the Tea Party (The National Tea Party Federation [NTPF]) has grabbed the attention of the media and been an important factor in state politics. The Tea Party—not a legal formal political party—argues that traditional American and Republican Party beliefs have been lost, and that the Tea Party will reform the Republican Party by bringing those lost ideas to the forefront. According to a 2010 Gallup Poll, nearly eight out of ten Tea Party admirers consider themselves Republicans.

Some of the core Tea Party beliefs are rooted in restoring the traditional family, that U.S. tax rates are too high, and that the U.S. government is too large, fiscally irresponsible, and abusing its power. Tea Party advocates believe that their rallies, demonstrations, and endorsement of candidates send a bold message to the government and that, as Ronald Reagan once said, “Government is not the solution, but the problem.” I believe that the Tea Party represents a wide and broad trend in today’s society, and that, as its name honoring the Boston Tea Party suggests, the Tea Party can bring about a revolution in American politics.

The conservative Heritage Foundation’s discussion of their principles

Liberal or Conservative, check out Politifact on accuracy in the media