Wanna’ Get Some China Food?

I heard a song  by the Bronx-born Dominican diva, Natalie “Maluca” Yepez on a friend’s iPad and was so intrigued by the album art that I had to download it. The image is pretty basic PhotoShopping, but it looks really cool on an iPad screen. 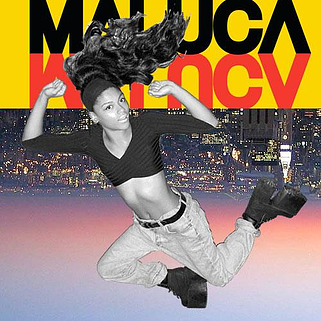 Maluca’s mixtape China Food packs more flavor than a Friday night Wok special. It’s  General Tso’s chicken for the ear. Maluca meshes reggaeton, techno, vintage rock samples, and hip hop. I like to think of her as the Dominican MIA. Her music’s message is basically to go crazy at the function! It’s a nice blend of head-banging and techno that will send anyone out on the dance floor. I have a feeling that she’s gonna be all over Williamsburg rooftop parties and underground clubs.

My favorite songs on China Food are “Intro/Takin Ova” which uses a sample from one of my favorite Jimi Hendrix songs, “Fire.” I also like “Hector,” which has an Afrobeat and techno feel. She and her Ghetto Gothic crew have been profiled in magazines such as V-Magazine, Fader, and The New York Times and are busily touring the city. For more about her and her concert schedule, or to just download her mixtape, check out her website: http://www.malucamala.com/.

A short performance review in Fader: