As you have probably figured out by now, my name is Edel Singh, and I have an unusual background. My parents are originally from India, but I was born and raised in Norway. 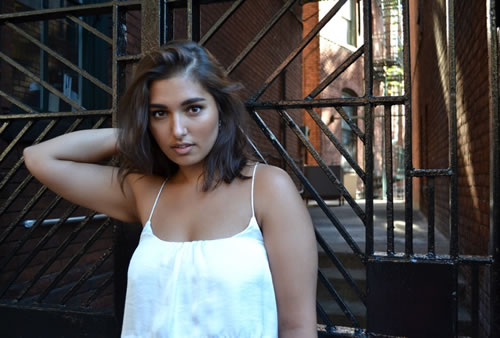 I am just about to wrap up my sophomore year as a Management major. It’s so true what people say. Once you start college, the time just flies! I have attended LIM College since the fall of 2013, and I love it. My time here has given me experiences that I never thought I would have. So far, I haven’t had any internships, but I have volunteered at places such as New York Fashion Week (NYFW) at Lincoln Center and the bridal show, Martha Stewart’s Wedding Party. The college has given me opportunities that have taught me a lot about the industry, both good and bad.

Living in NYC in general allows you to experience culture at a whole new level. In 2014 alone, I’ve already been to 13 Broadway shows and five talks with fashion icons at the 92nd Street Y. LIM College has even sponsored some of these activities. LIM has sent me to places such as The Katie Show (ABC Studios), Matilda on Broadway and Fashion Icons: John Varvatos at the 92Y. And I don’t even know where to begin when it comes to the food NYC has to offer!

Prior to becoming a student at LIM College, I finished all my elementary education in Stavanger, Norway. During High School, I was set on leaving the country, so in order to speed up the process I decided to do the International Baccalaureate (IB) Diploma Program. After graduating in 2012, I spent a semester with a Norwegian college located in TriBeCa called Gateway College. My vocational semester as a Fashion Management student cleared the path for me and made me decide that the fashion industry is where I belong. LIM College had been present at the Gateway College educational fair, and the process was pretty quick after meeting a representative. I have not regretted my decision ever since I got here!

I almost forgot! I was asked to write three fun facts about me. The first fun fact would be there is a famous saying that Norwegians are born with skis on their feet. Somehow that memo never reached me. I am horrible at skiing, and I actually learned how to ski in India. (Yes, there is snow there!) The second fun fact about me is that I learned to speak English with an American accent through watching movies and television. My mother, as well as all my English teachers until recently have basically had a British accent. My father has an Indian-English accent, which I find quite amusing. The third fun fact is that I love to take photos. I have been interested in photography for as long as I can remember. Living with an open-minded roommate has allowed me to go even further with my crazy ideas.

I hope this blog will provide you with enlightenment of what being a student at LIM College really means. Whether you are a current student, or sitting in Australia wondering if this is the school for you, I hope that I can give you a picture of what to expect when attending LIM.