Interning for a Luxury Fashion Brand

“To wear dreams on one's feet is to begin to give reality to one's dreams.” - Roger Vivier

For my Junior Work Project fashion internship at LIM College, I had the opportunity to intern in the wholesale department for TOD’S Group, whose brands include TOD’S (which created the iconic Gommini driving shoe), Hogan, Fay, and the acquired French luxury shoe company, Roger Vivier. 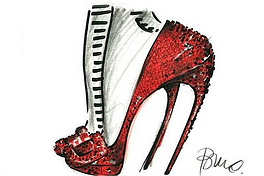 The location of their office is in the heart of Chelsea and in the same building as Milk Studios, Mulberry's corporate offices, and art auctioneer Phillips de Pury. This in itself was exciting because Milk Studios attracts a lot of media attention due to the high profile activities they are involved with, especially during New York Fashion Week. Walking to work and having a million bloggers lining the streets eager for the models and guests to arrive for a fashion show sure is an exciting way to start your early mornings! 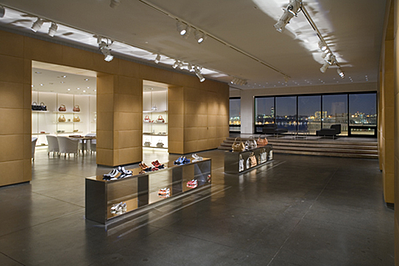 This was the first luxury fashion brand I had worked for and I felt like part of the team instantly. Because of its Italian roots and my Italian roots (the headquarters for TOD’S is situated in the same town I spent every summer in Italy), I felt an instant emotional connection with the company. During my time there, I mainly helped with the Roger Vivier brand, which included helping to prepare and organize buys for high-end department stores around the country, including Bergdorf Goodman and Neiman Marcus, as well as assisting with the preparation and organization of special events, such as examining the vintage archive collection of Roger Vivier shoes to be sold at Holt Renfrew.

Furthermore, I had the fantastic and rare opportunity to meet the CEO of TOD’S Group, Diego Della Valle, when he was in town for the Met Gala for the opening of the Impossible Conversations exhibit, as he is the current owner of Schiaparelli, in addition to being the major shareholder for Saks Fifth Avenue and sitting on various other boards.

I felt very fortunate to have had this opportunity because it gave me a real insight into the workings of a luxury brand and a view into the buying world, which is something I didn’t really know much about. I also made great business contacts for life, which is an invaluable resource for future career opportunities.