When I moved to New York to start my freshman year, it was actually my first time in the city. I had never been in New York before. I did not have family or know any friends living in the city. I was all by myself.

Fortunately, my parents came with me for a week to help me adapt and do all my dorm shopping. I know it sounds really crazy, coming to a city without knowing anybody, but I was sure I wanted to study Fashion Merchandising, and I was convinced I wanted to do it in the one of the best cities in the world.

Although I was sure about my decision to move to New York, I have to admit I was really nervous because I didn’t know anyone and I didn’t know what to expect of the girls at LIM College. I was also nervous because, since I was going to be living at the residence hall, I would be living with a complete stranger for the next 6 months.

But guess what? That complete stranger turned out to be a really close friend. I was really happy when I found out she was also Latin, because we both speak Spanish and have similar cultures, values, and traditions. That helped us adapt to New York City because we kind of feel close to home by just being around each other.

Through time we have developed an incredible relationship, we are always laughing, going out, exploring the city; we never get bored. We literally do everything together and we both know we can count on each other. We always have a good time. She made my transition to New York much easier and I’m so glad I met her. 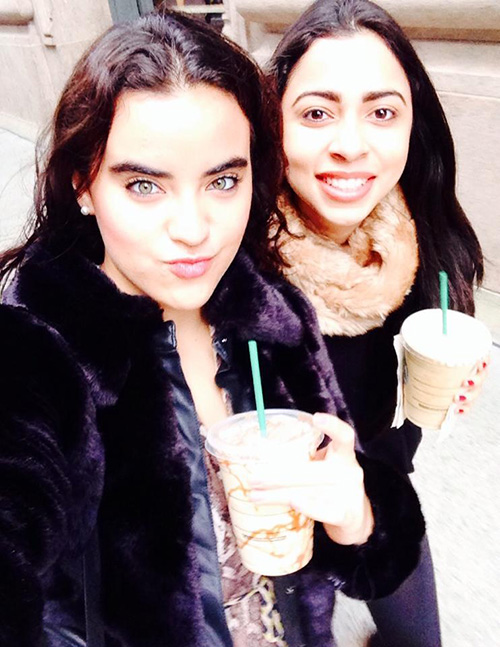